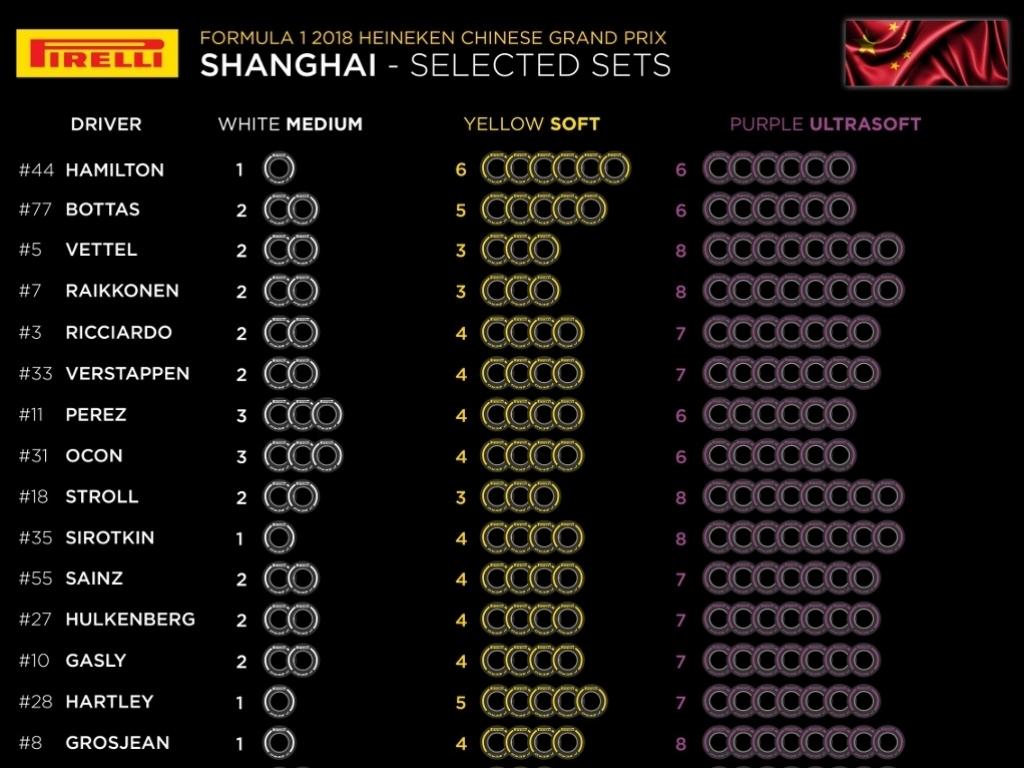 Pirelli have revealed the drivers’ tyre choices for the Chinese Grand Prix with Mercedes splitting their softt and ultrasoft choices.

This season Pirelli will be taking their medium, soft and ultrasoft tyres to the Shanghai circuit with the purple ultras in the mix instead of the supersoft tyres.

Lewis Hamilton has opted for six sets of softs and six of the ultras with just one medium while his team-mate Valtteri Bottas has gone with five, seven and two.

Over at Ferrari they have taken eight sets of the ultrasofts, three softs and two mediums while Red Bull have chosen seven, four and two respectively. 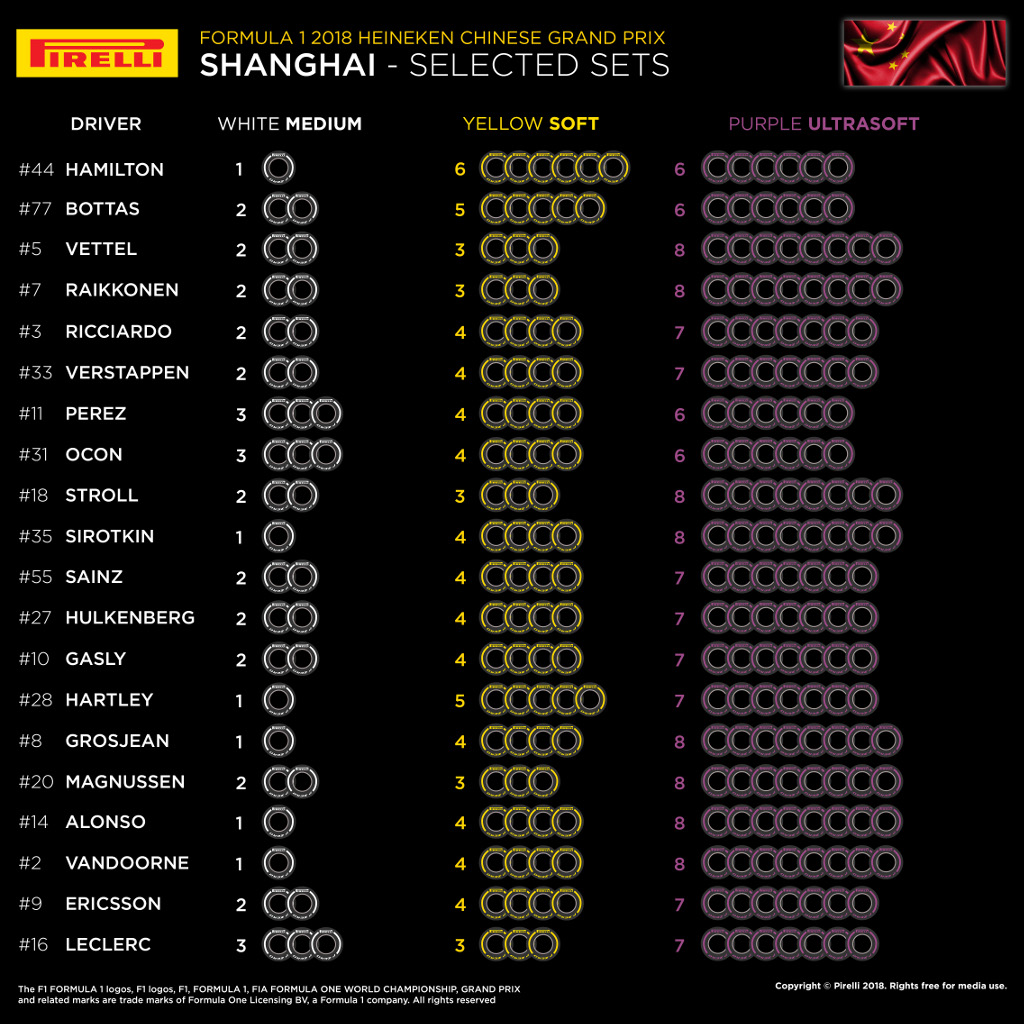