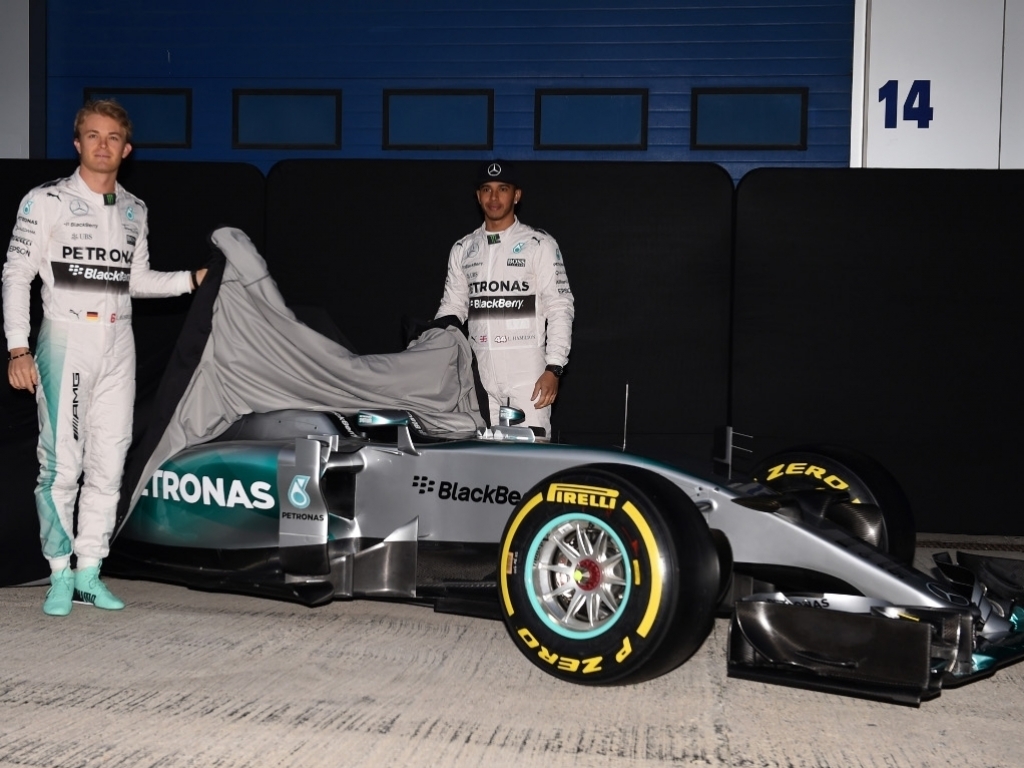 Mercedes officially introduced their W06 to the world in the Jerez pitlane prior to the start of pre-season testing on Sunday morning.

Although the Brackley-based outfit had already released pictures of the new car, the official launch took place on Sunday.

Reigning World Champion Lewis Hamilton joined his team-mate Nico Rosberg in removing the cover from the car they hope will once again be the dominant beast in 2015.

Last season the team claimed 16 grand prix wins on their way to both the Constructors' and Drivers' Championships.

Rosberg will be in action on Day One at the Jerez circuit before handing the car over to Hamilton.

And the reigning Champ is relishing his first opportunity to really test the car.

"What is exciting is the new car," he said.

"To get in and see what are the strengths and the weaknesses, how can you translate that to the guys.

"So I'm massively excited about that part."