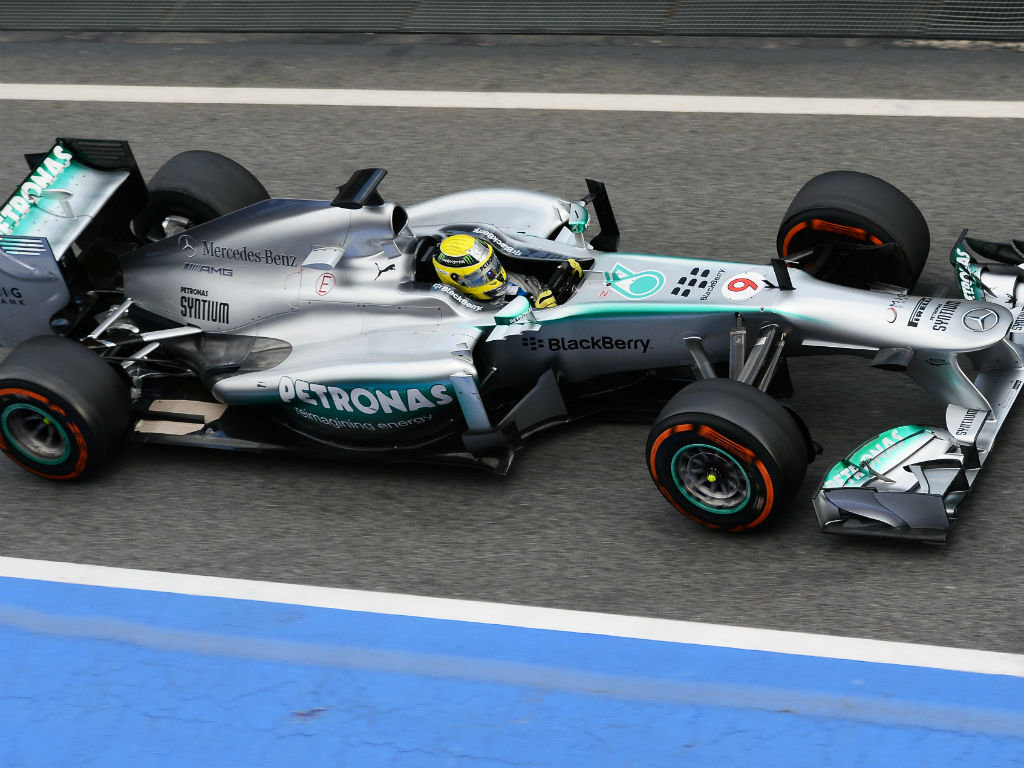 As they head to Australian for the opening grand prix of the season, Mercedes have downplayed their impressive pace during testing…

As they head to Australian for the opening grand prix of the season, Mercedes have downplayed their impressive pace during testing…

Nico Rosberg: “Melbourne is a great place to kick off the new Formula One season. I really like the city and the Australian fans at the circuit are always fantastic and so supportive. The first Grand Prix is where everyone finds out where they really are and we can judge how well we have done against our competition as the times in winter testing just don’t tell the full story. The weather in Melbourne looks very hot at the moment which is going to be a tough challenge as we have no experience with the F1 W04 in those conditions. Tyre degradation will be the biggest issue for everyone so we need to look at that carefully and do a good job in managing it. I’m really looking forward to next weekend and getting the season underway.”

Lewis Hamilton: “It’s the start of a new season and the beginning of a new adventure for me with MERCEDES AMG PETRONAS. I can’t wait to get to Melbourne, get out on track and find out where we stand. The Australian Grand Prix is always an exciting race: the teams don’t know how they compare in terms of performance, the fans are fantastic and, with big changes to the tyres again this year, we just don’t know what will happen in the race. I love the circuit. It’s a street track with a really bumpy surface so you try and put as much downforce on the car as possible and it really puts the drivers to the test. We had a good, reliable car during winter testing so that’s the positive we can take with us into the weekend but we know that in terms of performance, everything begins again from zero in Friday practice. So let’s get Down Under, get racing and see how things turn out.”

Ross Brawn: “The start of a new Formula One season is always an intense but exciting time for the team. Our factories in Brackley and Brixworth have been buzzing with activity with both Nico and Lewis visiting to complete their final preparations on the simulator, and the team working to finish the cars, engines and pack the freight for the four flyaway races coming up. The first race is where we can really begin to assess our competitive position and how much of a step forward we have made with our new Silver Arrow. We had a successful pre-season testing programme and personally, I am pleased with the progress we have made, both with the car and in terms of how we operate as a team. However, testing is simply that; racing is a completely different situation and Melbourne will see much higher track temperatures and more varied conditions than we have experienced so far. We’re looking forward to the challenge and to the action starting in Melbourne next weekend.”

Toto Wolff: “When it comes to starting a new season, it’s only facts that count – everything else is simply speculation. The facts are that we had a good winter test programme, completed the second highest mileage of any team and made some good progress. Lewis and Nico are working well together and there is a positive dynamic in the team, from the factory to the track. So we head to Australia well prepared. But we know, too, that we will be running in very different temperatures, on a different track surface and that every team will have to finally lay their cards on the table in qualifying on Saturday. Only then can we have a first indication of where we stand in terms of performance. It may sound clich