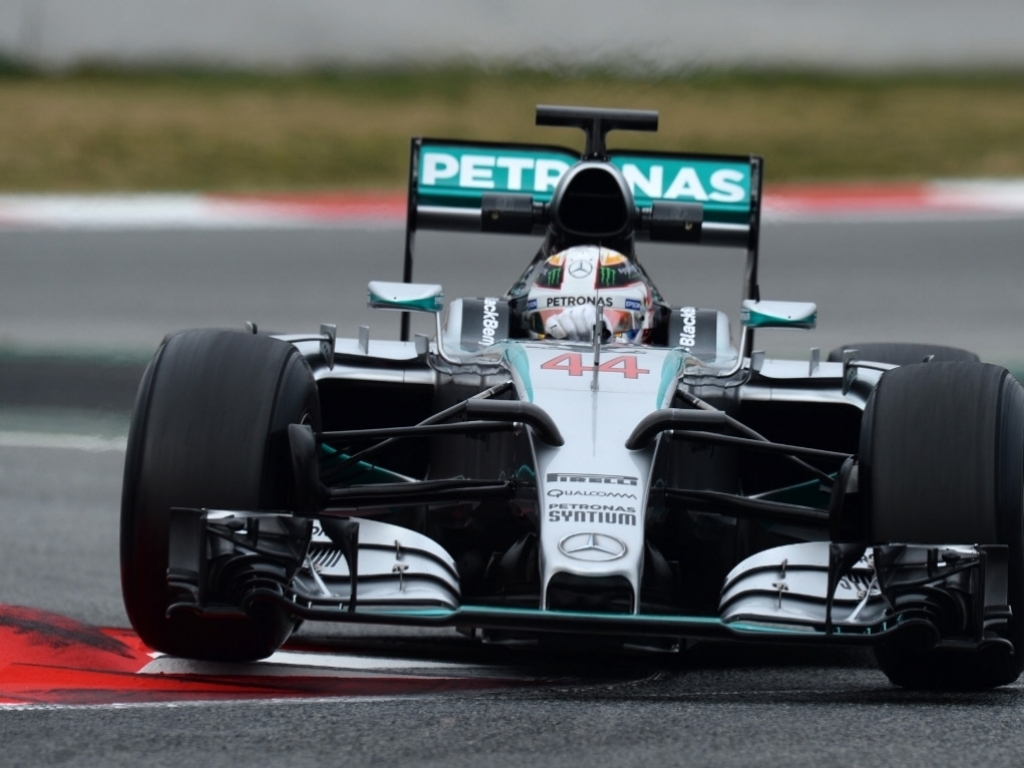 And off we go again as Lewis Hamilton and Mercedes look to start the defence of their titles on a high in Australia.

Lewis Hamilton: "At this point in the year you don't really know what to feel as a driver. You're impatient to get back to racing but, at the same time, you never know what a new season will bring. Testing gives you a basic idea of whether the car feels good or not but, beyond that, it's anyone's game to win. The team have been working incredibly hard through the winter and it was great to see everyone in the factory before I left for Melbourne. I'm so thankful for everything they do and I want to show that in the best way I can out on track. We had a great season last year as a team and, of course, we'd all love to repeat that. But the others won't stop chasing us. I'm sure the competition will be close and we should get exciting racing with plenty of battling for position – which is great because that's what I love doing and that's what the fans love watching. There are many good drivers out there and all of them want to win. You just have to want it more than they do. I feel fresh, I feel fit, I feel relaxed, I feel positive… I feel ready. I think as a driver you get stronger with every season, so I plan to be better than last year."

Nico Rosberg: "2014 was a really incredible season for the team and I know everyone is pushing harder than ever to do it all again. Seeing everyone at the factory is a big motivation for me. This will be my sixth year with the team and we're getting stronger with every season. It's great to have a group of people working alongside you who are as passionate and driven as you are. It's up to us drivers to repay them for all their efforts and I'm determined to do them proud. We had a good winter but it's never straightforward. You always have challenges to overcome and there's nothing for certain, so we have to keep pushing. Personally, I have focussed on pushing myself even harder for the rematch with Lewis. In the end, it comes down to who can put the best season together overall and I have to make sure it's the other way around this time. Having said that, my team mate is just one of many strong competitors who I have to beat if I want to be World Champion, so I'm just focused on being the absolute best I can be. I now know the feeling of winning races and I intend to do a lot more of that – but I also know the feeling of not winning in the end and I don't intend to repeat that experience. It's a huge motivation for me and gives me even more determination for 2015."

Toto Wolff, Head of Mercedes-Benz Motorsport: First of all, a thank you to everybody for the hard work through what proved to be, on the Power Unit side and on the chassis side, a hard winter – probably harder than anticipated. Last year, when there was a big change in the regulations, everybody knew what a huge challenge it would be to do a good job. But while the regulations didn't change a lot for this season, still the workload and the effort required over the winter was huge in terms of finding gains and improving the car overall. A lot of work has been done by the teams at Brackley, Brixworth and Stuttgart to get us out of the blocks well and we had a solid start in testing. But, fundamentally, making predictions at this stage is like trying to read a crystal ball, which is not what we want to do. The bullet is out of the gun and eventually we are going to find out where we stand in Melbourne and in the races afterwards. But as of right now we haven't been racing and this is the only true test."

Paddy Lowe, Executive Director (Technical): "It felt like a very short winter! February in particular has been intense, with 12 days of track testing condensed into four weeks. However, we're all very much looking forward to getting to the first race and getting back to competing. The team is in good shape after the winter programme. So far the car looks to be a step forward in terms of speed and reliability compared to where we were this time last year, so we're hoping for a good result in Melbourne. Externally there is sure to be a certain level of expectation after testing – but racing is a very different matter. It's an unforgiving business. There is a huge amount of work to do and plenty to make sure you get right if you are to come away from a Grand Prix weekend with a strong result. We're not taking anything for granted. All of the preparations concerning the specification of the car, fixes to problems encountered over the winter, dusting off the rulebook to re-familiarise ourselves with the procedures we have to follow – these must all be spot on to ensure a successful start to the racing year. The drivers are certainly in good shape. Both are very enthusiastic and eager to let battle commence. Then there's Melbourne itself, which is an event the whole paddock enjoys. The atmosphere around the city is fantastic, with huge numbers of fans from Australia and all parts of the world. So we're looking forward to an exciting and, hopefully, successful weekend. This is the point at which the race crew departs to go out there and do the best job possible on behalf of the vast majority of the team left behind at the factories. A phenomenal effort has gone into designing this car – beginning as long as 12 months ago. So we hope to reward the hard work of everyone involved at Brackley, Brixworth and Stuttgart and showcase their innovation and craftsmanship in the most fitting way by delivering on track."