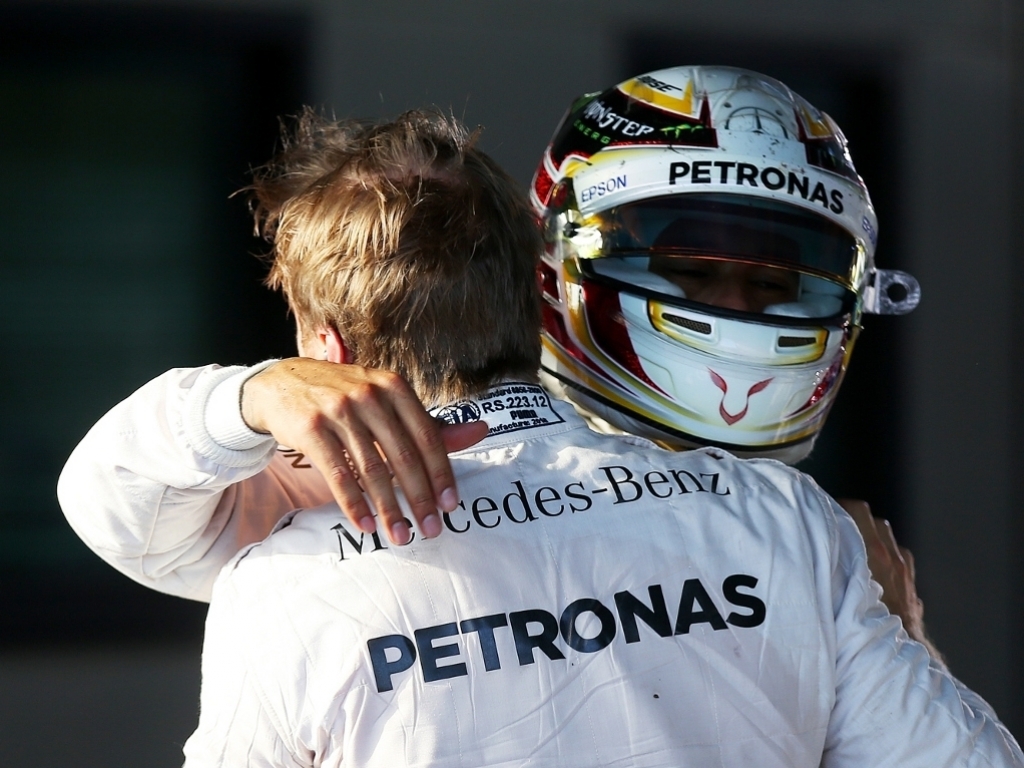 World Champion Lewis Hamilton and Nico Rosberg are excited to get racing again in Bahrain after an impressive one-two finish by the Mercedes team in Melbourne.

Lewis Hamilton: "I'm excited at the thought of more races like Melbourne. There are going to be weekends where we're a few seconds up the road from Ferrari, races where it's wheel to wheel and races where they might be ahead. We really don't know – and that's exciting. I have a good feeling about my pace. I was ahead all weekend until the race start last time out, so I'm confident heading to Bahrain. It's been entertaining on track for the past two seasons there, so more of the same would be great! There's been a lot of talk about the rules and whether the drivers should be more involved in decision making. It's not our job to come up with ideas and we all have different opinions anyway. But personally, I think we need more mechanical grip and less aero wake coming off the back of the cars so we can get close and overtake. Give us five seconds' worth of lap time from aero and nothing will change – we'll just be driving faster. I speak as somebody who loves this sport and loves racing. I don't have all the answers – but I know that the changes we're making won't deliver better racing."

Nico Rosberg: "We've stepped up our game once again with a fantastic car. But Ferrari were a real threat all weekend in Melbourne and it's clear that we've got a big battle on our hands, so we have to keep pushing very hard. The new radio rules make things quite a big challenge. It's tough out there – and for me it's a good direction we've taken, giving the drivers more responsibility. The important thing is whether it's what the fans want to see, so we need to listen to them. It's Bahrain next – a track which always seems to provide entertainment for me! I've had some great battles there in the last two years with Lewis and also the Ferraris, so I'm expecting more of the same this time and very much looking forward to that. It was great to win the first race – but the aim is to come out on top at every step of the way this season, starting this weekend. There's a long way to go…"