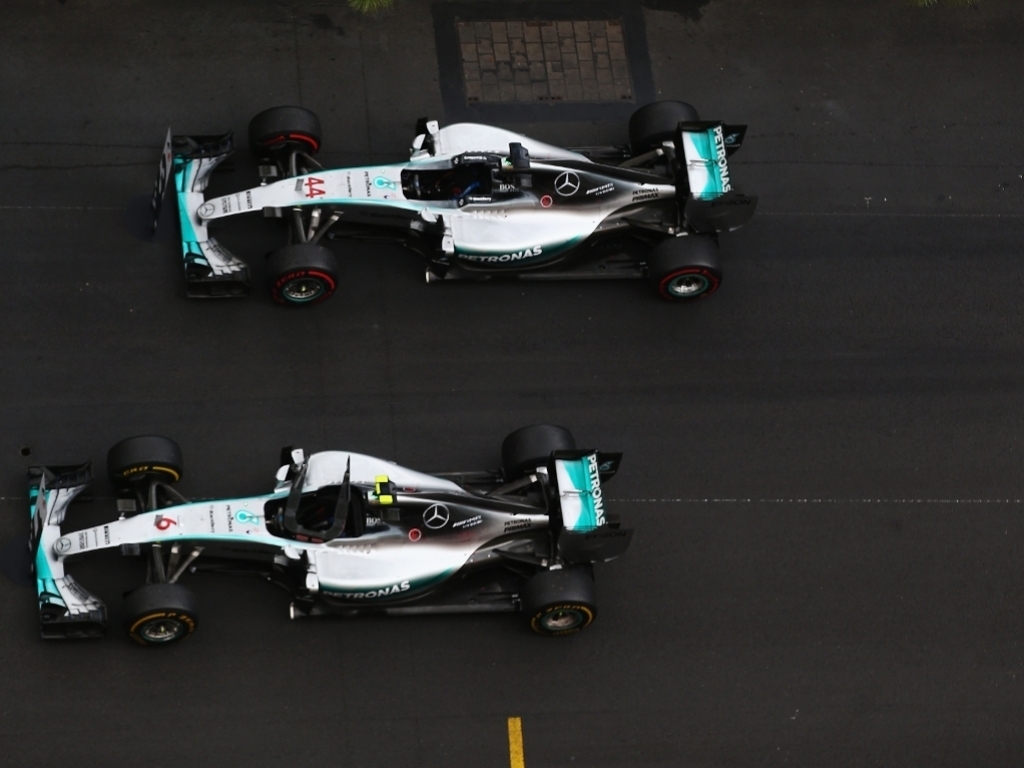 No surprise that Mercedes are determined to hit back from their Monaco mistake in the best possible fashion in Canada.

Lewis Hamilton: "I think everything that needs to be said about Monaco has already been said. Obviously, it was a huge disappointment for me and also for the team. But we'll learn from it and move forwards together like we always do. I just want to get back out there and bounce back – and I could hardly ask for a better place to do that than Montreal. This is always one of my favourite weekends. The racing is fantastic, the city is a lot of fun and the crowds are really enthusiastic. I haven't always had the best of luck in Canada – but I've never finished off the podium there either and it's given me some great memories, including my first win. I know I've got the car underneath me and the team behind me to do it again, so I'm aiming for nothing less."

Nico Rosberg: "I still can't quite believe I was standing on the top step in Monaco for the third time the other week. It was all very surreal and I don't think I've ever been so lucky. However, that weekend also showed that I need to raise my game even further in the battle this year. I've got the boost of two wins behind me now, there is a long way to go this season and I know there is more to come from me personally, so it's all to play for. Next up it's Canada, which was a really difficult race for us last year but an exciting one too. Hopefully we will avoid the traps that caught us out last year and it'll be another good battle for the fans to enjoy."

Toto Wolff, Head of Mercedes-Benz Motorsport: "Monaco has been tough for all of us to swallow. You can never afford to drop points and this was a reminder that any error can prove costly. However, we must also remember how far we have come to be disappointed with a P1 and P3 finish in Monaco. So, we take it on the chin as a team, learn from our mistakes and now look ahead to the next race in Canada. It's a circuit that is tough on the car so good preparation will be crucial. We saw Nico produce one of the drives of the season there last year and Lewis has an exceptional record in Montreal, so we know we can rely on them to do the job. But there is no room for complacency, with our rivals ready and waiting to jump on any opportunity. There is still a long way to go this season and many points to be won."

Paddy Lowe, Executive Director (Technical): "There has been a great deal of comment concerning our mistake in Monaco and its consequences. On behalf of the team, this error should be put into context. It was a single error made in a split second based on incorrect data. Sport is all about split-second decisions, trading risk with reward, and we do not always get these decisions right. But in my opinion this team gets them right more than most. However, as in all aspects we must always improve, and the failure in Monaco will undoubtedly play its part in that process. Moving on to Canada: this is one of the team's favourite venues and presents a rather unique circuit with long straights, mostly slow corners and hence a lot of very big stops. So the main themes for the weekend are power and brakes! We will bring new Power Units to this event, the second units of 2015 for each driver. Our first Power Units were used for six complete race weekends, an incredible achievement by the team at Brixworth that saw both achieve total mileages of over 4,000 km. We suspect our competitors may also bring new Power Units, which this year may be upgraded in-season using development tokens, so it will be interesting to see whether and how the 'balance of power' is shifted this weekend. The Montreal track is hard on the whole car, not just the engine and brakes, so we are concentrating our efforts to get two cars to the finish, something we did not manage last year. We take nothing for granted performance-wise, either; the uniqueness of the track means that there will be a lot to get right if we are to bring home the top prizes."