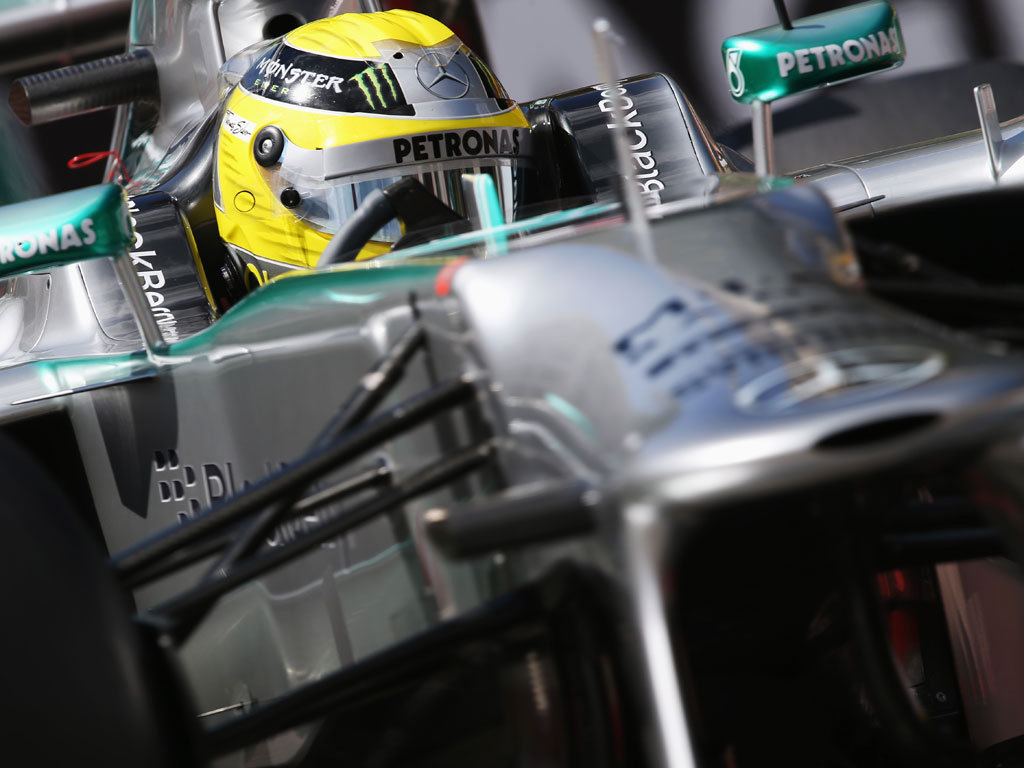 After the high of Monaco, Mercedes head to Canada hoping for another strong performance but admit it won’t be easy…

After the high of Monaco, Mercedes head to Canada hoping for another strong performance but admit it won’t be easy…

Nico Rosberg: The Canadian Grand Prix is always a great event as the fans in Montreal are so enthusiastic. The whole city really loves the race and it’s such a lively place to be over the weekend. We receive so much support out in Montreal and it’s great to see that enthusiasm. The circuit itself is one of my favourite tracks on the calendar and I love the challenge of driving there. It’s a very difficult layout to drive because of the low downforce levels required for the long straights and it will be tough on the tyres. Monaco was a fantastic weekend for the team and I’m so proud of the victory that we achieved there. We’ll be hoping to maintain that momentum in Canada this weekend and will be going all out for another strong performance.

Lewis Hamilton: The Circuit Gilles Villeneuve has been a strong circuit for me and I’ve been lucky enough to win there three times in my career, including last season. It’s always a great weekend in Montreal with a fun atmosphere in the city and at the track. The circuit itself is really special; it’s very high-speed, great fun to drive and it’s definitely a track where late braking helps. It’s not too far off a Monaco-style circuit where you need a similar set-up to bounce off the kerbs so we should be quite competitive, although looking after the tyres will be our main challenge. There’s a really good feeling in the team at the moment following Nico’s win in Monaco and we’re continuing to work hard to make sure we have the potential for more victories this season.

Ross Brawn: The Canadian Grand Prix is always one of the most atmospheric races of the year and everyone looks forward to our annual visit to Montreal. The high-speed characteristics of the Circuit Gilles Villeneuve make for a real set-up challenge where engine power, brakes and good tyre management are the key to having a successful weekend. The last race in Monaco was a very special weekend for our team, and moved us substantially closer to the top three in the Constructors’ Championship, but we know the hard work that lies ahead. Both Lewis and Nico have spent time in the factory with us since Monaco and with Paddy Lowe starting at Brackley today, I’m confident that all efforts are being made to sustain that level of performance.

Toto Wolff: We enjoyed a fantastic weekend in Monaco but, as I have said before, yesterday’s home runs don’t win tomorrow’s games. We will be heading to Montreal this week with realistic expectations about what we can achieve. The high-speed circuit will definitely suit our Mercedes-Benz engine. Our car has been on pole position for the last four races, which shows our basic speed, so the focus in that time has been on improving our performance on Sunday afternoons. We managed this in Monaco, partly thanks to the unique characteristics of the circuit. This weekend will give us a more representative indication of how much progress we have made.