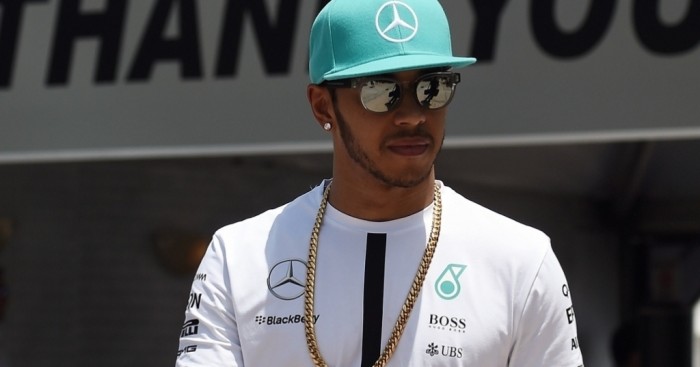 Mercedes are determined to bounce back at Shanghai after being outdone by Ferrari at the Malaysian GP.

Lewis Hamilton: "Malaysia was a tough weekend. It always is with the heat – but with car problems on Friday, rain during qualifying on Saturday and a race which didn't go to plan on Sunday, this one was particularly challenging. I think ultimately we made the best choices we could – but there is always room for improvement and we've been working hard to analyse everything for the next race in China. Shanghai is one of my favourite locations – simply because of the fans. I don't know how, but from the moment we land at the airport they know we're there. It really is amazing to see the support we get. The circuit itself is a different challenge to Albert Park and Sepang – but it's one I really enjoy and it suits my driving style quite well. I won the race last year and have only finished outside of the podium places twice, so the target is definitely to build on that and get back to the front."

Nico Rosberg: "The last race weekend was not great for me. I didn't get my lap together in qualifying, then losing time in the pits made it a tough race to fight back and try to catch Lewis. We've definitely learned some lessons and it's time to take that to the track in China. Shanghai is a great circuit for me. It's where I got my first pole and my first win back in 2012 – my third season with the Silver Arrows. It's not been a perfect start to my sixth year with the team and I'm determined to turn that around this weekend. Of course, my team-mate will have other ideas – and so will my compatriot in the red car, I'm sure. But this is a track that has always suited me well, so I'm aiming to put in a strong weekend."

Toto Wolff, Head of Mercedes-Benz Motorsport: "We left Malaysia with plenty to think about. It may have been a good result for the sport – but for us, it was a wake-up call. This is something you cannot afford to happen often and, although we had two cars on the podium, we have been looking very carefully at every area where we could have performed better. Our opposition has raised its game and we must now raise ours even further; as we have said since Melbourne, we expect a season-long battle for both World Championships and we must maximise every opportunity. China is the next chance to do that – a circuit which has been a good hunting ground for the team. Lewis has a great record here and for Nico, it's where he made his first step into the winners circle. We have the weapons at our disposal – and we need to make the most of them this weekend."

Paddy Lowe, Executive Director (Technical): "As with every race, we've spent time analysing the weekend in Sepang to identify areas for improvement. The most significant weakness was our tyre management during long runs. Exceptionally high track temperatures – even by Malaysian standards – contributed to this, however it is essential to have a car which performs at all circuits and in all conditions, so there is work to be done on that front. China presents a different challenge. Temperatures can vary dramatically year-on-year, but are generally quite low. It's also a front-limited circuit – the opposite of Sepang – with a good mix of corners and a long straight, so it will be interesting to see how the different cars perform at yet another circuit characteristic for this new season. It is now clearer than ever that there is serious competition for this World Championship, so we will continue to work flat out for performance gains. We have a range of new aerodynamic developments for Shanghai and are targeting an improved performance from Malaysia."