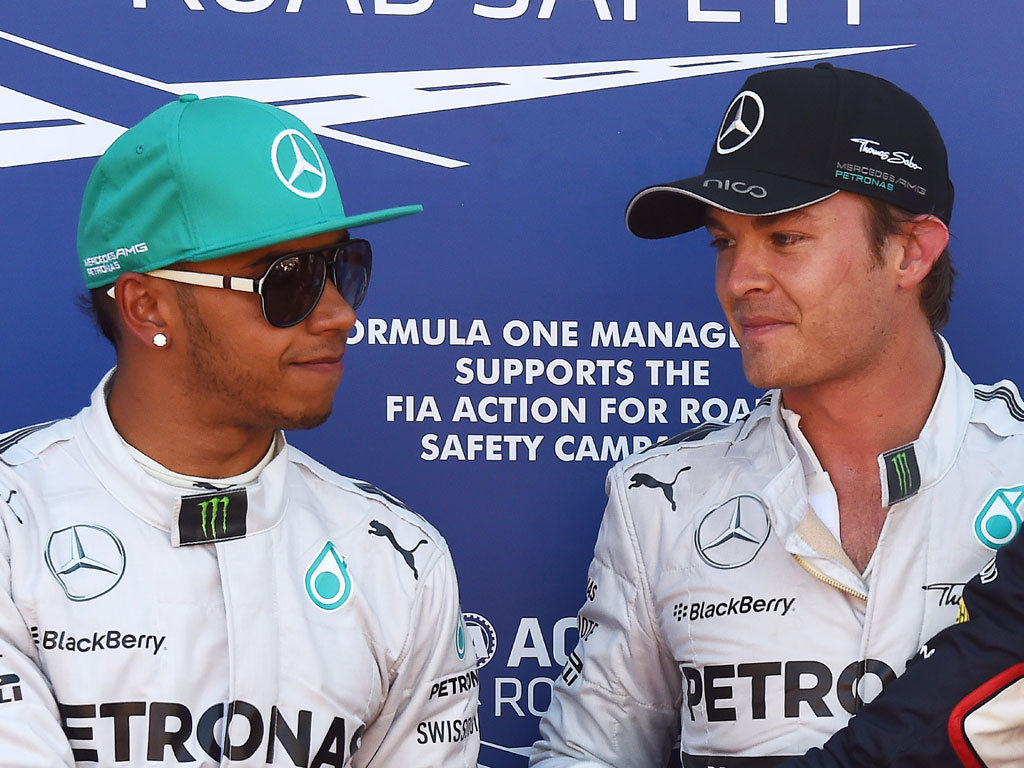 There was good news and bad news for Mercedes at Silverstone, but the team are hoping for a double dose of good news at Hockenheim this weekend…

There was good news and bad news for Mercedes at Silverstone, but the team are hoping for a double dose of good news at Hockenheim this weekend.

Lewis Hamilton: “Winning at Silverstone was just an incredible feeling – for myself, the team and the fans, I couldn’t have asked for more. I feel like I’ve been on the back foot all year, only briefly leading the Championship despite taking the wins I’ve had, so to have got myself just about level was exactly what I needed. It’s almost a fresh start heading into the second half of the season and it’s going to be a really close battle between us. Of course, you never want to see your team-mate fall away, but hopefully we can now strike a line under the retirements and push each other all the way on track. You can’t have everything – the best car, the best pace, the best speed at the end of the straight and perfect reliability – because things are on the limit. But I know how hard the team are working to get as close to that benchmark as we can possibly be. There were lots of positives to take from Silverstone. Knowing I’m going into the next race with the best car, having shown that I’ve got good pace, and knowing that if I do a good job I can be ahead is a good place to be. This is the home Grand Prix for Mercedes-Benz, so it’s important for the team and important for me. I’ve won twice before in Germany, but not at Hockenheim since way back in 2008. The aim is to change that this weekend.

“Hockenheim is quite a technical track, with a range of different challenges to the driver. You have to really attack the apex into Turn One, which is actually a lot tighter than it looks. It’s easy to run wide over the kerbs on exit which can hurt you down the short straight that follows. Then you’re braking really deep into Turn Two – taking an early apex and running quite wide on exit, carrying good speed through Turns Three and Four. It’s important to get good drive out of this section, as it leads you down the long DRS straight into Turn Six – the best overtaking spot around the circuit. You have to hug the kerb all the way through the kink of Turn Five, drift out to about the middle of the track and finally move back to the left to brake hard for the low-speed hairpin. It’s a long, high-speed stretch before that corner, so I’m hoping our Mercedes-Benz power will launch us ahead!

“It’s then fast through the kink at Turn Seven before braking into the left-handed Turn Eight, where you can carry a lot of speed on entry. You can drift a little wide on exit too, but you then have to get back across to take a short line, flat-out through the right-hander of Turn Nine. From there you’re back into the complex – the older part of the circuit – where the track gets a lot tighter and the grip level also changes. After running deep into Turn 13 you cut right across the edges of the chicane through Turns 14 and 15 before easing it through the final two corners. You have to be very careful not to lose the rear here as you get hard on the power and across the line.”

Nico Rosberg: “Although it wasn’t the result I wanted in the end, my weekend in Silverstone was really encouraging in a lot of ways. As a team we made all the right calls in a difficult qualifying session and the balance of the car felt very strong until unfortunately I was forced to retire. It was a real shame, but with the new regulations we are always going to be pushing the boundaries and I know how hard the team is pushing to give us the best car out there every weekend. I lost a lot of points and the Championship battle is very close, but I’m feeling good. From the test last week we’re straight into the next race and another chance to regain the momentum, which is of course my target. Hockenheim is a crucial race for all of us. It’s the home Grand Prix for Mercedes-Benz and a second home race for me after Monaco, so I’m really focused on getting a top result this weekend. It’s actually the circuit I’ve won the most races at during my career through all the junior categories, so I know it suits my driving style. Of course, I would love to add Formula One to that list sometime soon! I’ve always had good support from the German spectators. They’re really enthusiastic and it’s almost like a tradition to take the family on a camping weekend for the Grand Prix so I’m looking forward to gunning for a good result in front of the crowds.

“I’ve always enjoyed racing at Hockenheim. Even since the section through the forest was removed, it’s still been a really great track layout and has produced some great racing. There’s always a lot of action and also a few incidents – especially down at the hairpin after the long straight, which is ideal for overtaking – so it’s exciting for the fans. If you look back to Austria, which is quite a similar layout, our car was strong through the high-speed first sector there, so hopefully it will be the same again here.

“Then, of course, there’s the legendary stadium section – the old part of the circuit – where you come flying in at high speed over the kerb at Turn 12, run wide over the artificial grass and you’re hard into a really tight, twisty sequence of corners. The Sachs Kurve (Turn 13) in particular is really unusual in that it’s steeply banked. It’s so easy to lock up a front wheel trough there but also really nice to drive as you can really carry the speed through the corner. The great thing about this section is that the crowds are right on top of you. It’s so enclosed and you can really feel the atmosphere all around you.”

Toto Wolff, Head of Mercedes-Benz Motorsport: “We left Silverstone with mixed emotions after something of a rollercoaster weekend. Lewis produced a fantastic performance on Sunday – proving his strength by recovering from the disappointment of qualifying to take a brilliant and highly popular home win. For Nico, a strong weekend unfortunately did not yield the result he deserved and we have been working flat out since the race to find and resolve the problem. We can see the performance in the car, but bulletproof reliability is equally important if we are to maintain our advantage in the Championship through to the end of the season. Overall, however, Silverstone provided a memorable weekend for the team – and produced another strong advertisement for this new era of Formula One. Now we head to Germany and the home race of Mercedes-Benz with the Championship battle as close as it has been between our two drivers. This is an important weekend for them and equally so for the team, so we will be pushing harder than ever to make sure both cars take the best results. The next chapter in this fascinating contest awaits us and we are determined to put on a strong show.”

Paddy Lowe, Executive Director (Technical): “Silverstone saw a fantastic win for Lewis on the occasion not only of the 50th British Grand Prix, but also the 60th anniversary of the first Formula One victory for Mercedes-Benz. While this