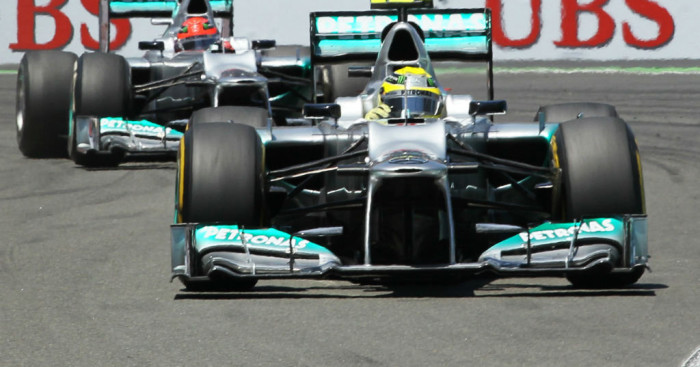 Michael Schumacher: Singapore is a one-off in lots of ways, with the city, racing at night and the circuit itself. It’s a brilliantly unusual race. At first sight, everything seems more relaxed because the action happens at night, but of course it’s not like that at all. The reality is that you have to work hard to stay on European time and in the right bio-rhythms, so that you can perform perfectly in the race – because it’s unusual to be competing at this time of day. The nice thing is that the circuit is very technically demanding and it’s very tricky to get a perfect lap. After a reasonably encouraging weekend in Monza, we have good expectations for another promising performance. I’m looking forward to the night race.

Nico Rosberg: The Singapore Grand Prix is one of the highlights of the season and it’s such a fun weekend. The city is fantastic, and I finished second in the race here in 2008 which was a great experience and has given me some really nice memories of this event. It’s always seems strange to be driving at night, going to bed at 5am and then waking up in the afternoon but it’s surprising how easy it is to adapt. I really enjoy the Marina Bay track, it’s a street circuit with a difference and with the intense heat and humidity, the sheer number of corners and racing under the lights, it really is a challenge.

Ross Brawn: With the conclusion of the European races, we now enter a very intense countdown to the end of the season with seven flyaway races in just two and a half months. The first of these weekends is in Singapore for one of our favourite races of the season in the unique conditions that a night race brings. Now in its fifth year, the routine of the weekend with working late at night and on a European schedule has become well-practiced and everyone at the team loves visiting the lively city of Singapore. On track, we concluded our successful Young Driver Test at Magny Cours yesterday, and we have a lot of useful information which is now being studied at our factories at Brackley and Brixworth to help bring improvements to the car for the final seven races of the season.

Norbert Haug: This year’s Singapore Grand Prix marks the beginning of the final ‘flyaway’ phase of the 2012 season, which will comprise seven races in nine weeks. This will be the fifth edition of the Singapore Grand Prix, which embodies the attractions of modern Formula One in a very special way: a spectacular city-centre race, where fans can get close to the action and which is run at night in a unique atmosphere for Formula One. In spite of relatively slow speeds, the circuit is a tough challenge for the drivers and cars. There are a total of 23 corners, including 10 in the final sector alone, and the drivers will change gear almost 5,000 times during the race. At over 100 seconds, the lap time is the longest of the year and only Monaco has a lower average speed. However, last year’s race in Singapore featured nearly three times as many overtaking moves as the race in Monaco. The demands of Singapore, with a lot of relatively slow corners, are completely different to those of Monza, with its straights and selection of high-speed curves. We have been hard at work since the last race, with Sam Bird and Brendon Hartley testing developments over three days at the Young Driver Test in Magny Cours in order to further improve our car performance.