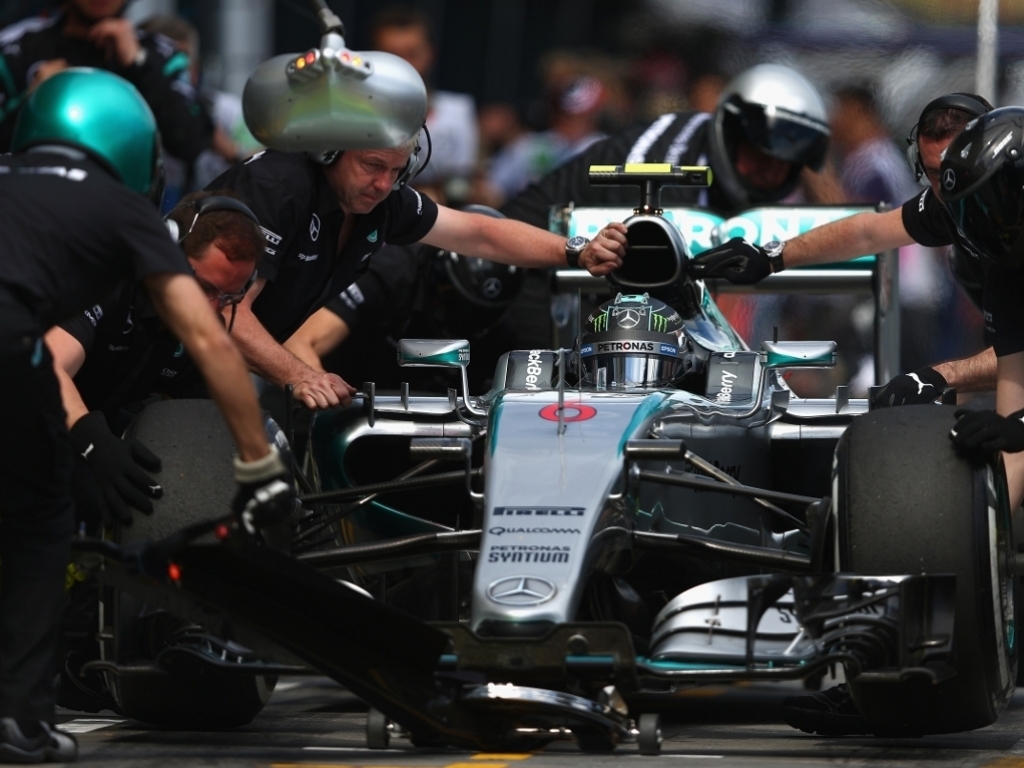 After their successful start to the 2015 campaign in Australia, it is no surprise that Mercedes want more of the same at Sepang.

Lewis Hamilton: "Australia was a great way to start. To pick up where we left off last year was awesome. But if 2014 showed anything, it’s that putting together a whole season is never easy. Winning the first race is just one small step in a long journey and I’m not reading anything into it. The next step is Malaysia and that’s all I’ve been focusing on since we left Melbourne. I can’t wait to get back out there and I can’t wait to get to Sepang. It’s a great circuit, a home race for Petronas and a country I really enjoy going to. The people are so welcoming and the support we had there as a team last year was amazing. Of course, the race itself is really tough with the heat and humidity. But I feel ready for anything right now and the aim is to repeat last year’s performance. It took me eight attempts to win this race when I finally made it to the top step last year and I don’t plan on waiting that long again…"

Nico Rosberg: "Melbourne was a mega weekend for the team. To start off the year with such dominance was just amazing and the team really did an incredible job. Of course, I’m disappointed not to have repeated my win from 2014 – but Lewis was on top form and it’s up to me to find that little bit extra. It’s all set up to be another great battle between us this year and I’m ready for the fight. Hopefully we will also have some other competitors pushing us as hard as we push each other, as this would be great for the sport. But, either way, I really hope we can put on a great show for everyone watching at home and also for the Malaysian fans, who are always such great hosts. It would be perfect to get another strong result in front of our friends from Petronas and that’s definitely the target – so long as the order of the top two is reversed, of course! I’m also particularly looking forward to welcoming our special guest Mr. Vettel to the Friday engineering meeting. I’m sure we will all learn a few interesting things for the weekend…"

Toto Wolff, Head of Mercedes-Benz Motorsport: "Melbourne was a faultless weekend from the team and a well-deserved reward for everybody who has worked so hard on the W06 Hybrid project. They absolutely deserve the success we currently enjoy. It was, however, just one race. We will not be backing off – and nor can we afford to, with a relentless opposition chasing us. Ferrari have made a clear step forwards, Williams also look very strong and you can never count anybody out at this stage, so we are prepared for a fight in the coming races. The next battle is Malaysia – a home race for Petronas and one we will attack with the same intensity as Australia. In our minds it’s back to square one and our objectives remain the same."

Paddy Lowe, Executive Director (Technical): "Sepang is a very different racetrack to Melbourne – a permanent facility with a full range of cornering speeds which is very unforgiving on the car. It’s also one of the most challenging events of the year in terms of both human and mechanical endurance due to the extreme heat and humidity. Throw in the near-certainty of torrential downpours and it’s never a straightforward weekend operationally. We may see some slight adjustments in the performance differential between teams due to the very different nature of the track relative to Melbourne and we’re also bringing a few small updates to the cars – fixing a few points which have not quite been up to scratch thus far."