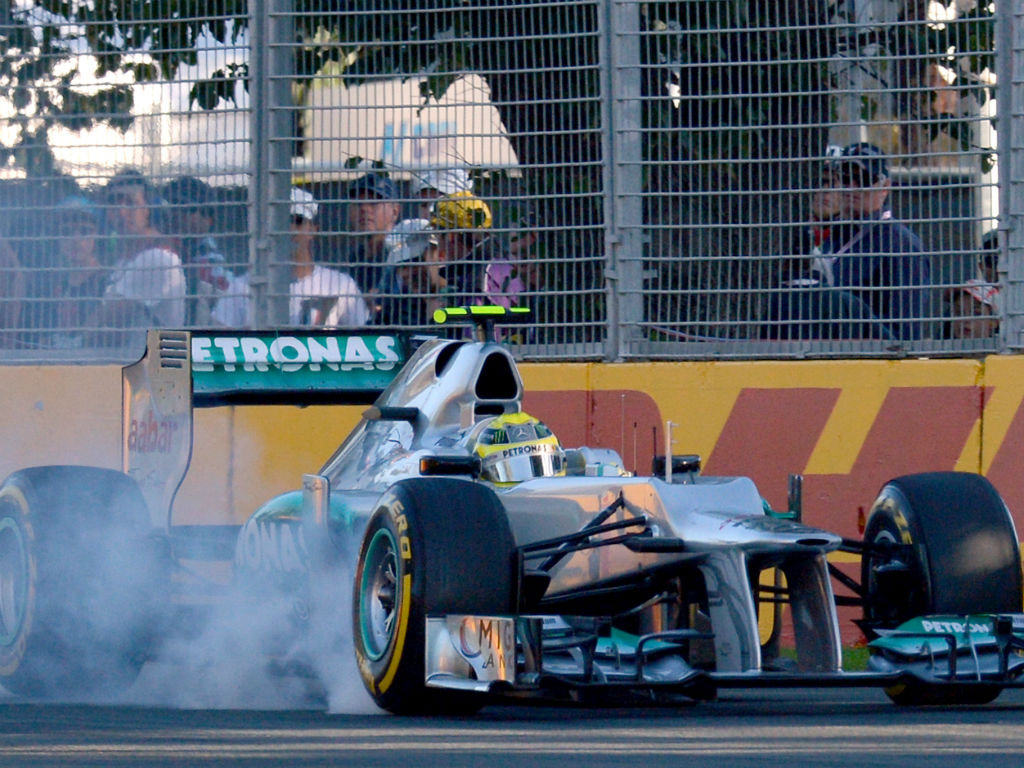 Mercedes had a mixed weekend in Australia and are determined to make up for it at the Malaysian Grand Prix.

For all the latest F1 odds on the first race of the season at the Sepang circuit visit Sky Bet.

Michael Schumacher: “After the disappointment of how the first race in Melbourne turned out, I am flying to Malaysia with a big sense of anticipation, because we saw in Australia that our car is capable of putting us in the mix. Of course, we haven’t forgotten that the circuit in Melbourne is not really representative of the true competitive picture, but nevertheless the car gives me a good feeling for the season ahead. Sepang will be interesting for everybody because it will be the first clue to the real relative strengths of all the cars. The range of slow and fast corners give a good indication of where you are, which always makes the race in Malaysia fun for the drivers and engineers, and overall a big challenge for both man and machine. I’m looking forward to it.”

Nico Rosberg: “I always look forward to coming to Malaysia for the Grand Prix. Sepang is one of my absolute favourite tracks on the calendar and it is the home race of our friends from Petronas. The circuit has two long straights which should suit us this year, and the conditions will be very demanding as always due to the high heat and humidity. I’m confident that we can improve our performance here, and we will have a successful weekend in front of all our Malaysian supporters.”

Ross Brawn, Team Principal: “The Malaysian Grand Prix is always a special race for the team as the home race of our title partner Petronas. As always, the support that Petronas provides to Formula 1, both to our team and to the promotion of the sport and the Grand Prix in Malaysia, has been fantastic, and we are all looking forward to a busy and successful week. Despite a positive start, our first race weekend of the season in Australia did not turn out as we would have wished, and there has been, and will continue to be, a lot of hard work done before we take to the track again in Malaysia. We have a fundamentally good car, now it is up to us to optimise its performance and achieve its potential on track.”

Norbert Haug, Vice-President, Mercedes-Benz Motorsport: “Last weekend in Melbourne, we began the race well, with our cars running third and fourth, and ended it badly, with Michael retiring from P3, while Nico suffered a puncture on the last lap after contact with another car while fighting for sixth place. Before this, Nico’s lap times were affected by higher levels of tyre degradation than ourselves and Pirelli had expected from testing and the practice sessions in Melbourne. Our team will be working hard to understand and, where possible, correct this before the next race in Malaysia. Our title partner Petronas is headquartered in Kuala Lumpur and they are strong supporters of Mercedes-Benz motorsport activities in Formula 1, DTM and our Formula 3 junior programme. However Petronas is much more than a title partner and element of the Mercedes AMG Petronas team name. Thanks to their hard work, the continuous development of fuels and oils has also brought valuable tenths of a second in lap time improvements. Moreover, Mercedes-Benz and Petronas are close business partners in many countries around the world, with notable success. Together, we are working to achieve similar successes in Formula 1 and, with the potential our car has shown in pre-season testing and in qualifying and the opening stages of the race in Melbourne, we are now working in a focused manner to convert this into strong race results.”