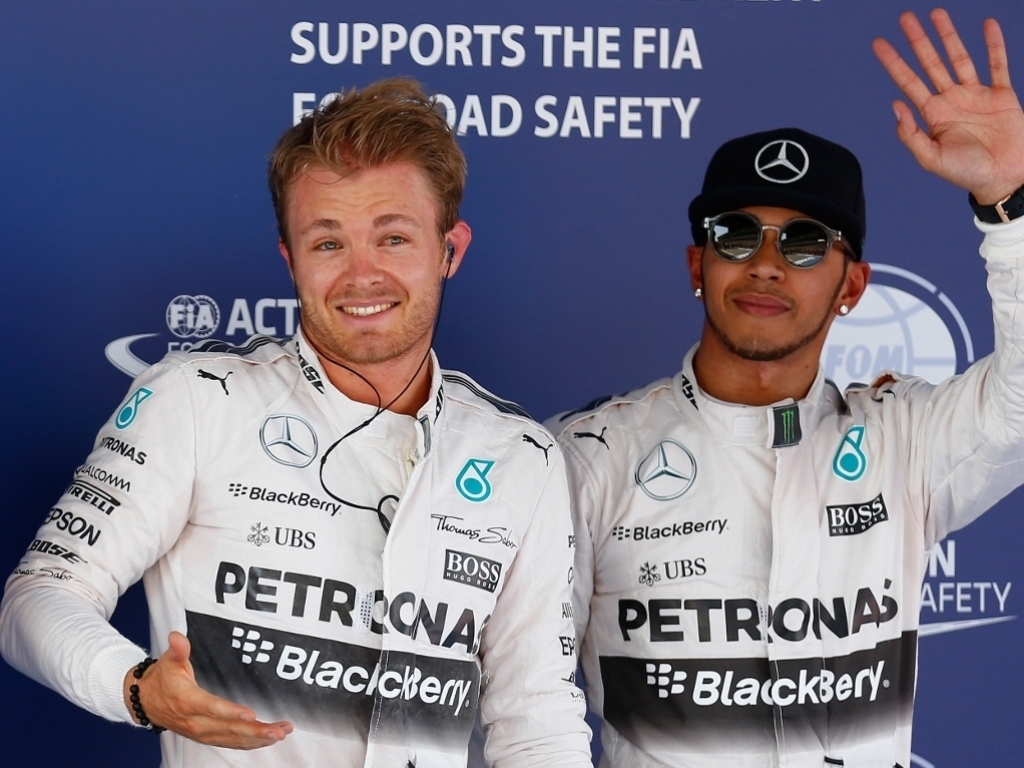 It is a case of more of the same for Nico Rosberg after his Spanish GP win while Lewis Hamilton wants to get back to winning ways.

Lewis Hamilton: "I didn’t have the best weekend in Barcelona, so to come away with second was okay in terms of damage limitation and it meant another great result for the team with the one-two. I’m now fully focused on Monaco – the race that everybody looks forward to and one I particularly love. It’s the biggest challenge of the year for a driver and, when you get it right, that feeling is hard to beat. Building a rhythm right from the beginning of practice is so important, as you really need to feel your way into the circuit. You have to be inch perfect at every point, as the slightest slip can ruin your weekend. It’s about pure driving skill and pure bravery behind the wheel, which for me is what makes it so special. Like Spain, it’s another circuit where I haven’t had the best of luck in the past – but I’m not interested in what’s been and gone or in making any predictions. I’m just here to get in this fantastic car we have, race it hard and give it everything I’ve got, like always."

Nico Rosberg: "We had a perfect weekend in Spain and, for me personally, it was good to close the gap a little in the points. There’s still a long way to go this season so it’s all there to fight for, I’m just taking it race by race. Next we have Monaco – the most legendary, exciting and challenging event in the calendar. Throughout the whole weekend, the atmosphere is very, very special. It’s a home race for me and it’s strange to just walk or take a scooter to the racetrack – but also very cool to sleep in your own bed each night! The circuit itself has very unique setup characteristics and we evaluated a few of those during the test in Barcelona, as the last sector there has a lot of tight corners which are quite representative. The car felt very good so I'm feeling optimistic and ready for this next race. If we can have everything running smoothly from the start it should be a good weekend, so I'm really looking forward to it."

Toto Wolff, Head of Mercedes-Benz Motorsport: "Barcelona was a great weekend and the drivers did a perfect job in the race. We saw the advantage swing between them last year and I think we will see more of that in 2015. They are mentally tough, resilient and hate to lose – they push each other all the time to lift their performance and that lifts the performance of the whole team. We saw in Spain that our car had a good advantage in the tight third sector, so we head to Monaco with some optimism. But there is no point talking about any gap to the opposition. You have to earn every advantage and it can turn around very quickly if you’re not on top of your game – especially in Monaco. It’s a challenging weekend for the team, the drivers and the car – and, of course, the best showcase for the sport of Formula One. To be quick on Sunday, you need a smooth weekend with lots of track time, so the drivers can get dialled into the track and really attack the limits. We will need to be at our best if we want to maintain our good form."

Paddy Lowe, Executive Director (Technical): "Monaco is a unique event. It’s a long weekend, with running beginning on the Thursday and no running on Friday. The race itself is one which frequently nudges the two hour limit, despite being the shortest of the season distance-wise at 260km as opposed to the standard 300km. The tight and twisting nature of the circuit makes it comparatively slow in terms of absolute speed. For the drivers, however, it’s anything but slow – with no real point at which they can relax their attention as they constantly trying to avoid the next barrier whilst making regular adjustments on the steering wheel and pushing the car as hard as possible. It’s highly demanding on the car, too, with a lot of gear changes and a bumpy surface to contend with. We’ll also see the supersoft compound for the first time this season – although even that will be a challenge in terms of getting temperature into the tyre. We’ve had a good car at Monaco in the past two seasons and this year’s model remains strong in low-speed corners. It’s a real driver’s circuit and we should be set for an exciting intra-team battle throughout the weekend. Overtaking is extremely difficult, so nailing a good lap in qualifying will be crucial."