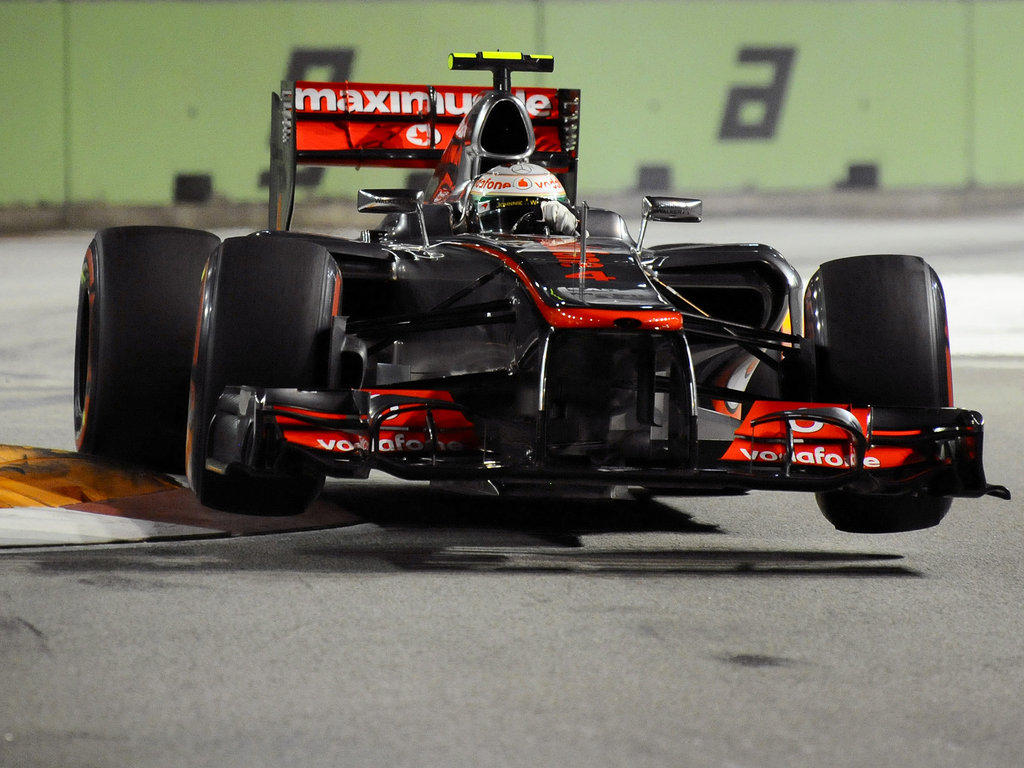 Mercedes took a backward step in Italy, but the team are confident they will turn things around at the Singapore Grand Prix…

Mercedes took a backward step in Italy, but the team are confident they will turn things around at the Singapore Grand Prix.

Nico Rosberg: “The Singapore Grand Prix is a fantastic occasion and the whole weekend has one of the best atmospheres of the year. For the drivers, it is one of the toughest races from a physical perspective as there are so many corners and no long straights where you can relax. It’s also a very long race which runs close to the two-hour time limit. The chicane has been removed for this year which I’m pleased about, and the track should suit our car so I hope we can have a good weekend there. My best finish in Singapore to date has been second place back in 2008 and, of course, I would love to improve on that!”

Lewis Hamilton: “I have always really enjoyed the Singapore Grand Prix weekend and the unique ‘night’ timetable that we have to follow there. It certainly makes a change from the usual race weekend and it’s actually very easy to do if you plan your sleeping and eating patterns well. As a street circuit, the Marina Bay track layout really suits my style. It’s quite a testing circuit and you need to work the car hard the whole way round the lap to make the most of the tight corners and braking zones. We’ve had a tough couple of weekends in Belgium and Italy but I know that everyone at the team is determined to bounce back from here and make the most of the opportunities over the last seven races of the season.”

Ross Brawn: “With seven races left of the Formula One season, we start the season-ending flyaway races in Singapore. The Singapore Grand Prix is always a fantastic weekend for Formula One and provides a great spectacle for the fans in the city and the viewers on global television. It’s become a highlight of the calendar for many and the challenge of working late under the floodlights is enjoyed by the teams and drivers alike. The Marina Bay track layout is tricky, one of the slowest circuits on the calendar, and the punishing heat and humidity provide an extra challenge for the drivers and cars. There has been a lot of hard work at our factories in Brackley and Brixworth since the summer shutdown and the developments that we have found will be introduced during the upcoming flyaway races. Whilst our design and development priorities are naturally increasing towards our 2014 efforts, our aim is to extract the maximum from the car we are racing and regain our second position in the Constructors’ Championship. This will require a big effort from the team combined with consistent points finishes from Nico and Lewis.”

Toto Wolff: “This weekend’s race in Singapore begins a gruelling series of seven races in ten weekends for the team and we are all focused on regaining some of the momentum we lost at the past two races. We expect the return to maximum downforce configuration to suit our car and we may see another shift in the competitive order between the teams. Singapore is a highlight of the Formula One calendar, with its unique setting and night race format, and provides the cars and drivers with tough tests of reliability and concentration during a race which usually lasts the full two-hour time limit. We will bring new developments to the car once again for this race and we are all focused on maximising the opportunities for both Lewis and Nico, in order to re-establish ourselves in second position in the Constructors’ standings.’