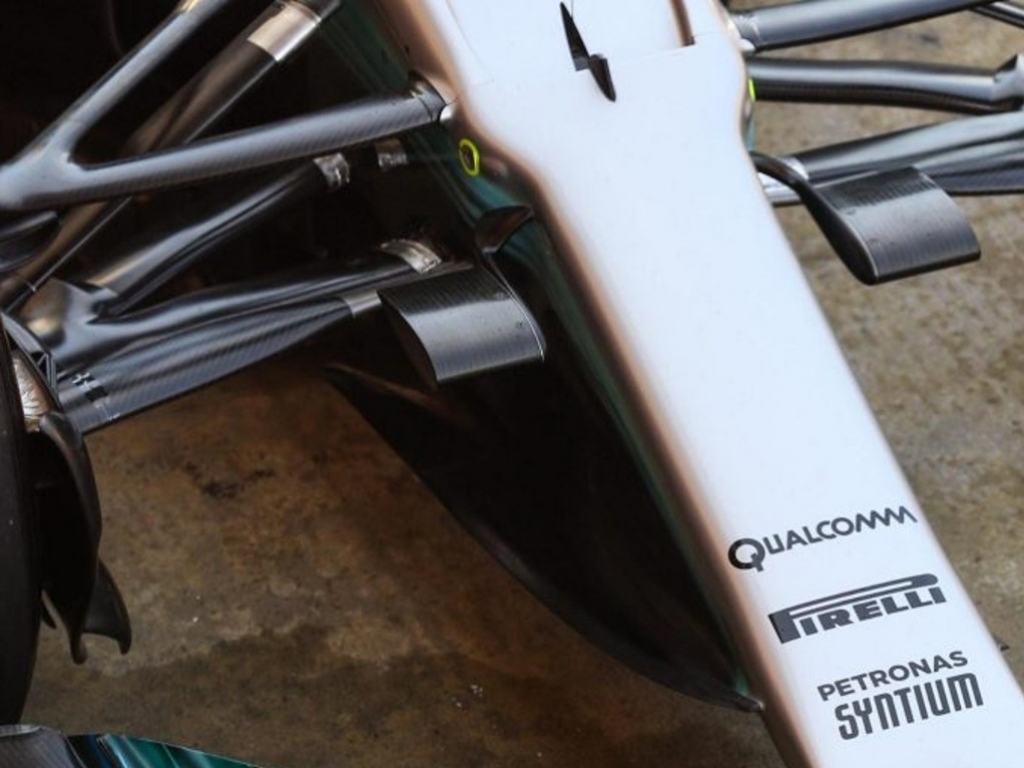 Mercedes have raised eyebrows in the Barcelona paddock with the latest update for their W08; scoop-shaped turning vanes on either side of the nose.

This year’s championship hasn’t quite gone according to plan for Mercedes, who are being pushed all the way to the chequered flag by Ferrari.

They have shared the spoils with the Scuderia with Sebastian Vettel leading the Drivers’ standings by 13 points ahead of Lewis Hamilton.

Mercedes, though, are hoping that their latest spate of updates for the W08 will see them pull ahead of their Italian rivals.

As such the team has found a loophole in the regulations that has allowed them to bolt a wing onto either side of the nose cone.

Billed by many in the paddock as ‘radical new scoop-shaped turning vanes’, the design should increase front-end downforce.

“It is a tight battle with Ferrari, it is all about the details,” said Valtteri Bottas.

“Every single bit counts, and definitely we are trying to develop the car as quickly as we can, with all the new bits.”