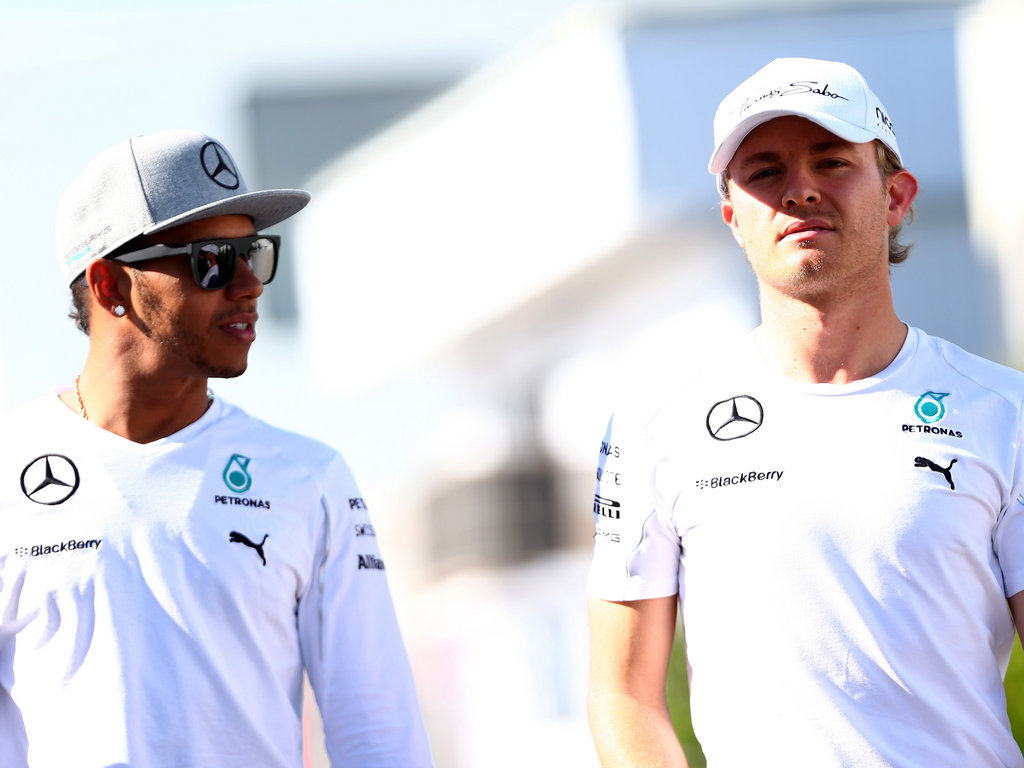 Toto Wolff admits Merc are in a difficult position as while the decision not to implement team orders “doesn’t function” any more, he can’t ask one to move over for the other…

Toto Wolff admits Mercedes are in a difficult position as while the decision not to implement team orders “doesn’t function” any more, he can’t ask one driver to move over for the other.

Forced to battle rival teams for the victory in Sunday’s Hungarian Grand Prix, Mercedes did not have it all their own way and found themselves under pressure.

That pressure, according to Niki Lauda, resulted in the pitwall issuing team orders for Lewis Hamilton to allow Nico Rosberg to pass him.

The British racer refused, saying he would not slow down for his team-mate and that it was up to Rosberg to find the speed to overtake.

Hamilton later stated that he was “very shocked” that Mercedes, who have insisted several times this season that they would not resort to team orders, had done just that.

Now months after Mercedes initially felt that wildly contrasting strategies were not on the cards, Wolff says it is time for a rethink as to whether they should take the gloves off completely.

“Maybe what we decided at the beginning of the season doesn’t function any more,” he said.

But, adding to the motorsport’s woes, he also concedes that “we cannot ask either driver to give up positions or jeopardise their own Championship chances for the benefit of the team.”

Pressed as to whether Hamilton’s refusal to adhere to team orders had cost Rosberg the victory, Wolff said he understood why the Brit did not move over.

“That was such a difficult race with so many difficult decisions that needed to be made, quick decisions, and we need to analyse how we ended up there and whether from here we need to discuss the racing between the two.

“It is getting intense and it is clear that they are direct competitors for the World Championship. We need to sit down and discuss it.

“If Lewis had let Nico go, Nico could have won the race, but as a racer, a driver, I can understand why Lewis didn’t obey.

“I could have gone on the radio, or Paddy could (to insist a move was made), but we didn’t.

“I don’t want to play the vicious general and demand they obey the rules.”