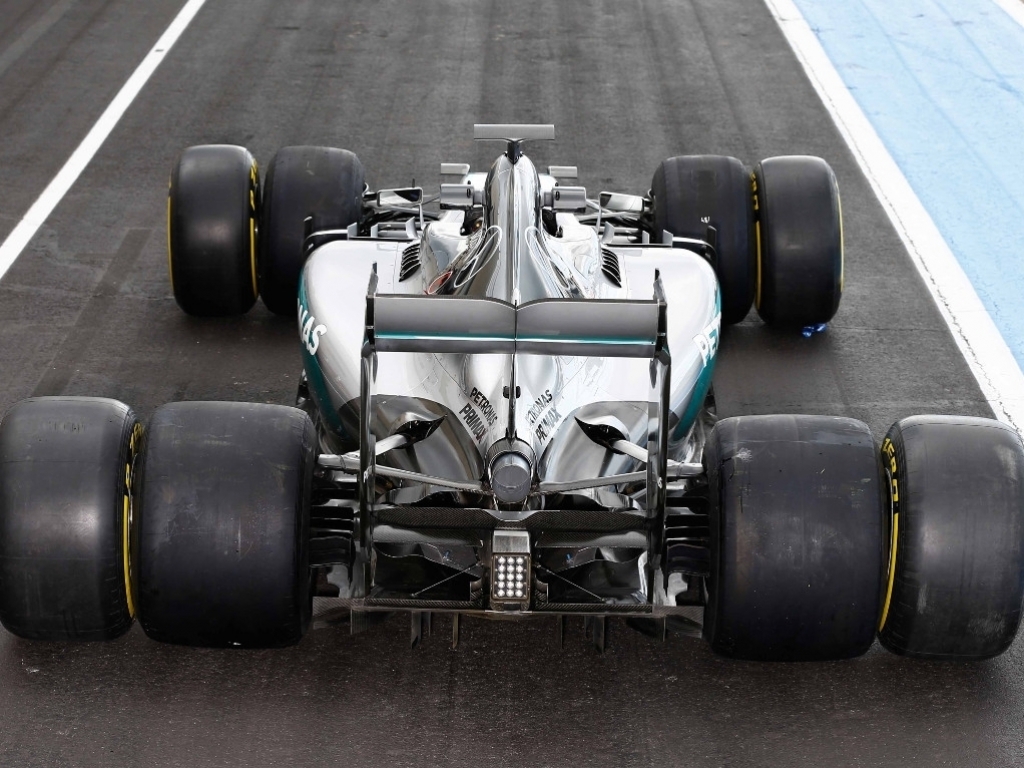 Mercedes had their first taste of Pirelli’s wider 2017 tyres at Paul Ricard on Tuesday as Pascal Wehrlein laid down the laps.

While Ferrari were in action at Barcelona, starting a two-day test, Mercedes were testing at Paul Ricard in what is a three-day outing.

Mercedes protégé Wehrlein was at the wheel of a modified W06, conducting a “blind” test to ensure that none of the teams testing will have any advantage over their rivals.

The new tyres are 25 percent wider than the current tyres at both the front and rear: part of a package of measures being introduced to make next year’s cars notably faster.

Wehrlein covered 134 laps for Mercedes while Kimi Raikkonen did 111 at Ferrari’s test. The Finn will hand the car over to Sebastian Vettel for Day Two while Wehrlein will continue for Mercedes.