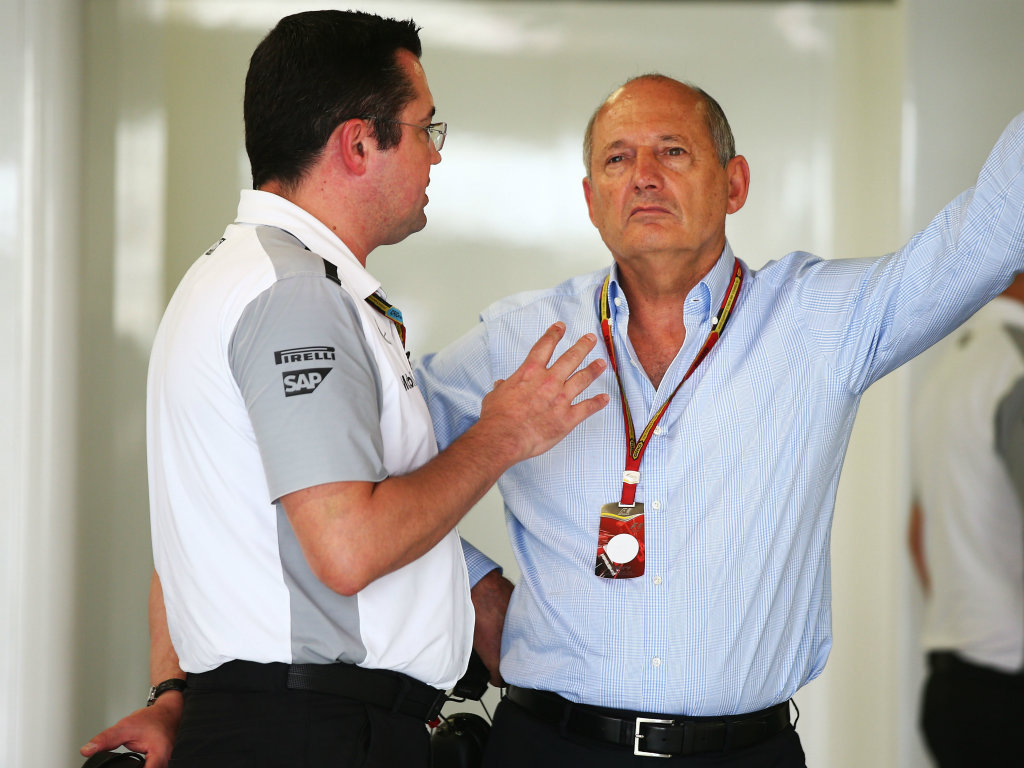 McLaren have signed a new sponsorship deal with American broadcaster CNN International for the 2015 Formula One season and beyond.

In accordance with the multi-year partnership, the new McLaren-Honda MP4-30 will sport CNN logos appear on its front-wing endplates.

“There is an inherent symmetry between McLaren and CNN that makes us perfectly attuned for partnership,” McLaren CEO Ron Dennis said.

“Like McLaren, CNN is a tremendously powerful and influential global network, one that has spent decades pioneering the latest technologies and techniques in a relentless, unforgiving, fast-paced environment. I think we understand each other on many levels.

“Equally, we’ve each based a deep-rooted culture of success on our core values – our belief in the strength of teamwork and technology – yet our flexibility and dynamism permit us to move seamlessly and effortlessly in order further to push the boundaries of technology and exploration.

“The partnership between McLaren and CNN is unique in that it operates on a very broad scope. Our shared love of technology has united us and together we will pursue new opportunities far beyond the conventional scope of a Formula 1 partnership. I think the executives at CNN are as excited as we are about the potential of this relationship.”

McLaren, however, remain without a title sponsor following Vodafone’s departure at the end of 2013.