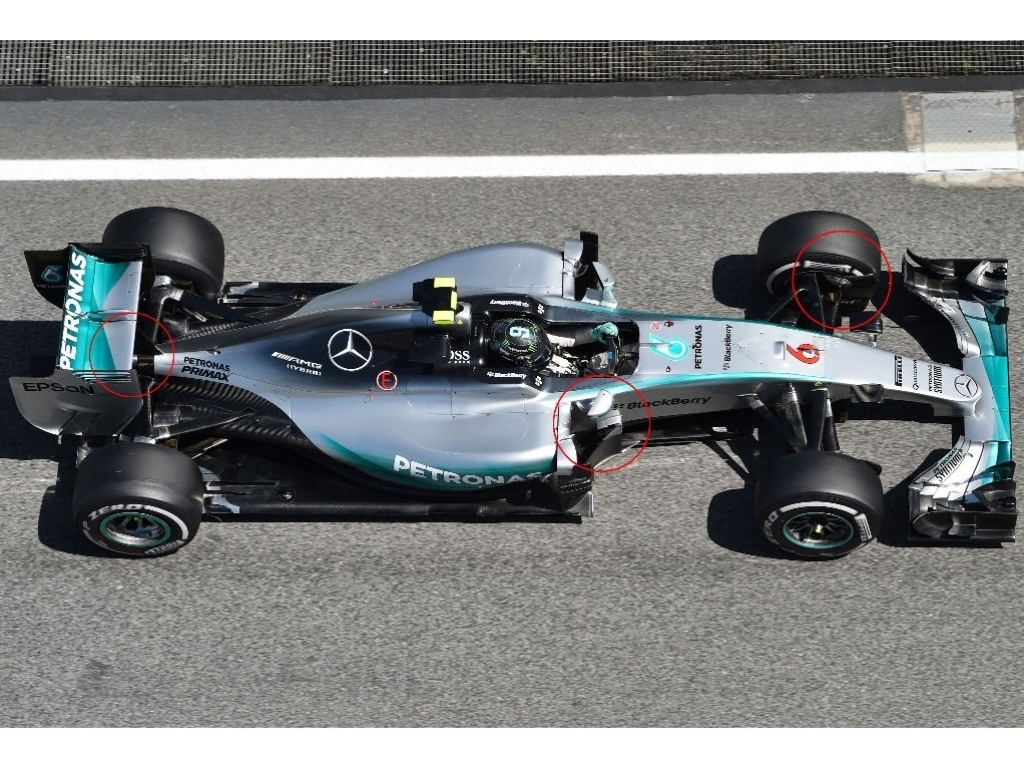 As the rest of the field look to close the gap to the Championship leaders, Mercedes introduced a few new parts to the W06 themselves in Spain.

It's not yet clear if these are the reactionary parts to Ferrari's pace that Toto Wolff previously alluded to, or whether they are just part of the scheduled upgrade path.

The front brake duct features a new fin mounted on the back of the small inlet bulge, the idea of which is to control the upper tyre wakes profile, improving performance downstream.

Further down the car the team introduced a new set of fins, sandwiched between the monocoque and the bargeboards.  These fins have been added to improve the flow into the sidepod inlet and around its undercut.

At the rear of the car the team have mounted fins to the side of the crash structure, just below the exhaust. They latterly employed fins on the side of the crash structure on the W05 but these new fins are placed in a position that more provocatively interact with the exhaust plume. The idea is to encourage the surrounding airflow structures to interact, creating a unified and strengthened structure that improves balance and downforce.