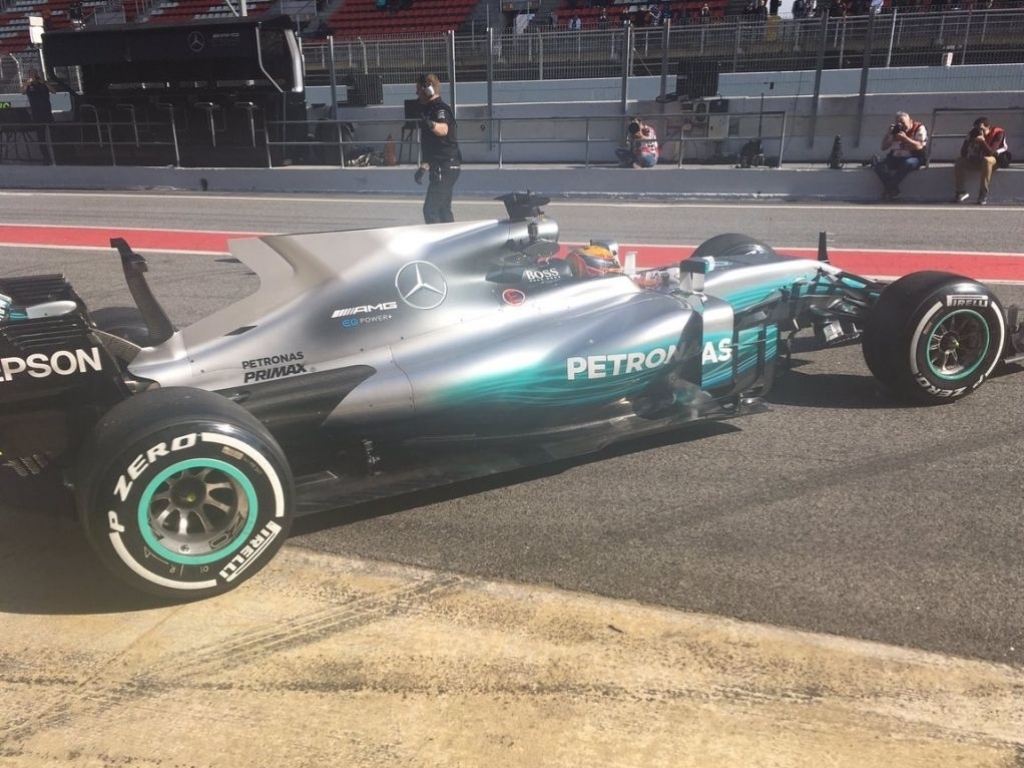 The Mercedes W08 underwent a small makeover in the lunch break at the first day of testing in Barcelona.

But, when the three-time World Champion rolled out of the garage for the start of the afternoon session, the W08 had a short, sharp ‘shark fin’ attached – something that all other teams had launched with last week.

Unlike the others, Mercedes’ T-wing remains as a standalone component rather than sitting on top of shark fin leading towards the rear.

The differences does not end there, either, as the ‘shark fin’ also contains a hole at the top.

Here he is now… ????@LewisHamilton hits the track!