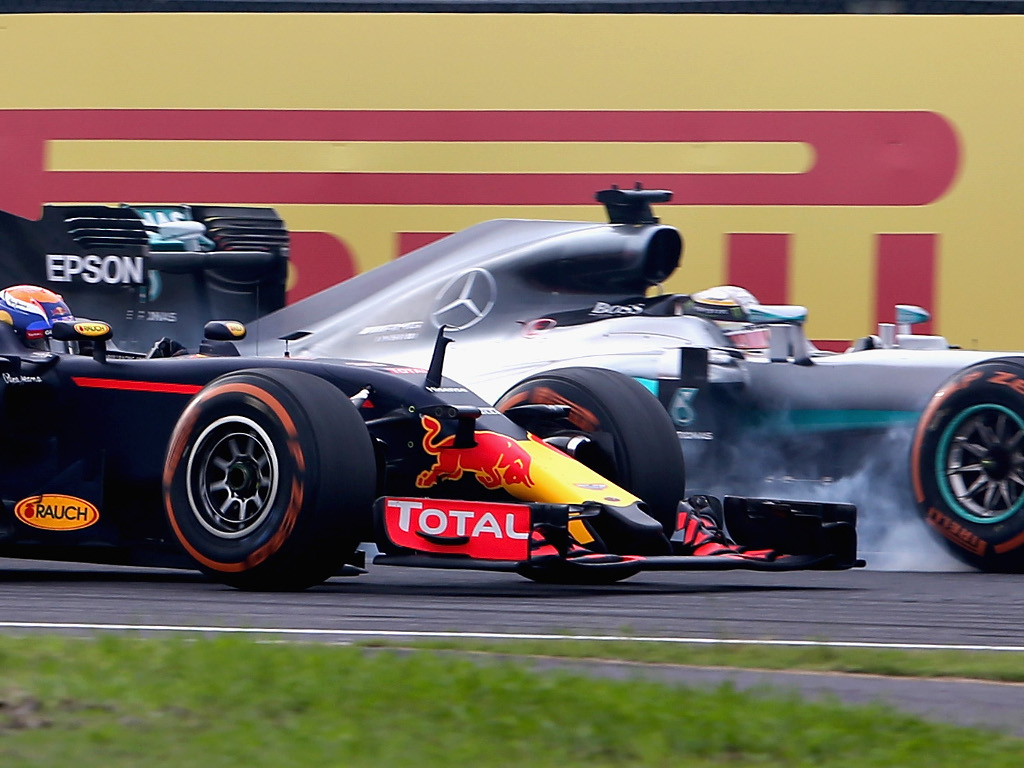 Mercedes have withdrawn their protest against Max Verstappen’s “erratic” and “dangerous” driving at the Japanese GP after being informed that the hearing had been deferred to the United States GP.

Verstappen clashed with Lewis Hamilton in the closing laps of Sunday’s race at the Suzuka circuit as they fought over second place.

Hamilton was forced to take to an escape road as Verstappen closed the door on him in the braking zone.

This prompted a protest from Mercedes.

According to the stewards: “A protest has been lodged by Mercedes AMG Petronas F1 Team against car 33 driven by Max Verstappen of Red Bull Racing relating to an alleged breach of Article 27.5 of Formula One Sporting Regulations, in that he allegedly drove erratically and in a dangerous manner, forcing car 44 to take evasive action at turn 16.

“The Stewards are conducting a hearing. The results are still provisional.”

But with the hearing deferred to the United States GP, Mercedes decided to withdraw their protest.

A Mercedes spokesperson confirmed that this was “done this in the interests of establishing a final official result this evening once it became apparent that the hearing cannot be concluded today.”

There was, however, spme confusion even inside the Mercedes camp as Hamilton initially said on social media that there wasa “no protest” and that “one idiot said we have [protested] but it’s not true.”

He later clarified, stating that he was unaware of Mercedes’ plans protest.

“There is no protest from myself,” he tweeted. “Just heard the team had but I told them it is not what we do. We are champions, we move on. End of!”