Home Uncategorized Michael: Button still very much in the hunt 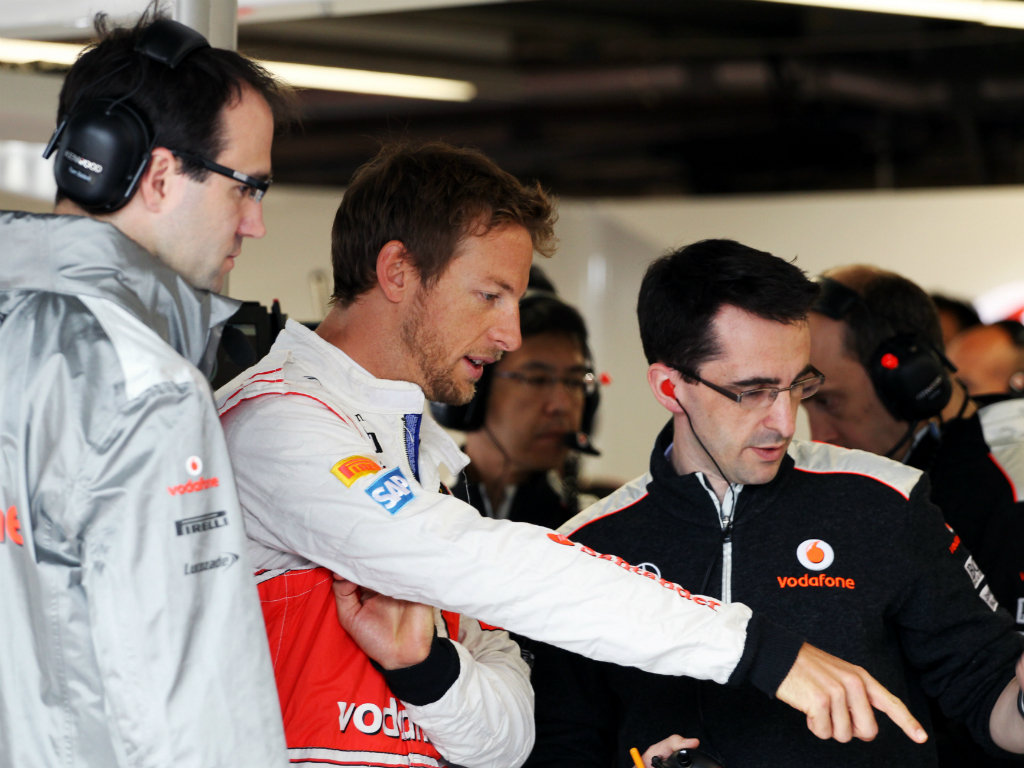 Sporting Director Sam Michael is the latest high-profile figure at McLaren to give his full backing to Jenson Button.

The 2009 World Champion hasn’t been at the races in recent weeks and has slumped to 43 points behind team-mate and Drivers’ Championship pacesetter Lewis Hamilton in the standings.

With a third of the season already gone, several people have written off his chances of hauling himself back into contention for the World title, but Michael feels Button is “still very much” in the hunt.

“One of the things you realise from working with Jenson is that he copes with pressure very well and he doesn’t show it,” he told Sky Sports News.

“He has a very good poker face and, even under the current situation where he feels under pressure, he doesn’t let that show. That’s how he’s always been – he’s been like that whether he’s winning or whether he’s struggling.

“At the moment, I think he’s playing on that and I think it’s a very useful characteristic to have in someone. It’s one of his strengths and he’s got a lot of confidence in his ability – he’s not a World Champion for nothing. He’s still very much in the title hunt and he knows that.”

There have been suggestions that Button’s driving style is a bit too “sensitive” when it comes to car changes, but Michael insists that is not the case.

“He doesn’t require a more precise set-up than Lewis,” he said.

“Most of the time they drive very similar set-up cars. There’s always a few little tweaks that the drivers make because they might have a slight difference in style, but he is in no way more sensitive to the car than what Lewis is.”

Although the 43 points is a massive gap to close, Button can take comfort from the fact that things are very congested at the top due to the competitive nature of some of the midfield runners.

“This Championship is going to be won on consistency and it’s easily possible that the World Champion will only have one or two race wins,” Michael said.

“It’s actually possible that he may not win a race at all – although I don’t think so because of the number of winners that we’ve had already. But you won’t need to win five or six grands prix to win this year’s World Championship. It’s going to be [won through] consistency. The really important thing is not to have any DNFs. If you have any DNFs, you’ll be in big trouble.”