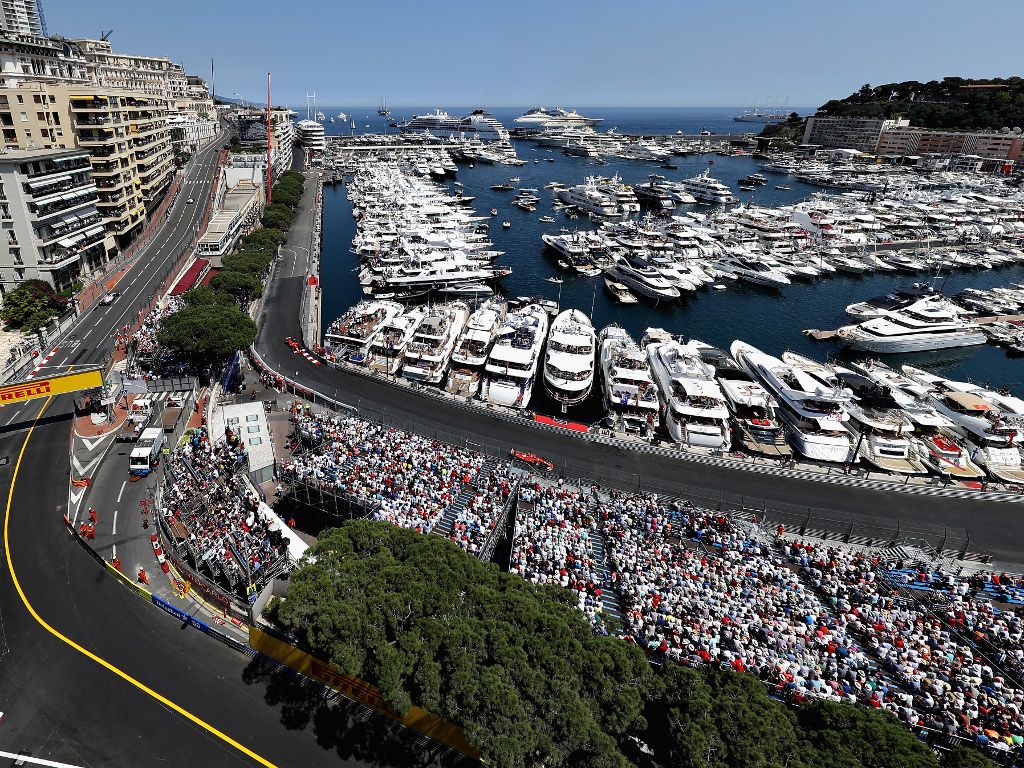 The ease at which a driver can crash is matched only by the difficulty in overtaking; that’s the challenge of what can be a processional Monaco Grand Prix, or a crazy one.

Formula 1 heads to the Principality this weekend for an abundance of glamour, a lot of handshaking, a few cocktails, and even a little bit of racing.

Considered to be one of the most important and prestigious motor races in the world, the grand prix makes up one third of the hallowed triple crown – along with the Indianapolis 500 and the 24 Hours of Le Mans – and is the one that all Formula 1 drivers want to win.

Not many get to do it.

Vettel is the reigning Monaco champ as Ferrari turned Kimi Raikkonen’s pole position into a Vettel win with an overcut while Daniel Ricciardo recovered from a traffic-filled qualifying to finish third.

Hamilton raced from 14th on the grid to seventh at the chequered flag, Jenson Button made a one-off return to Formula 1 only to tip Pascal Wehrlein onto his side, Marcus Ericsson crashed behind the Safety Car and Sergio Perez put Stoffel Vandoorne into the wall.

This year, the 65th running of the Monaco Grand Prix as part of the official Formula 1 World Championship, is expected to see Hamilton, and maybe even Valtteri Bottas, challenged by the Ferraris and Red Bulls, the latter having had bad luck in Monaco the past few years.

And by ‘challenged’, I mean a serious fight on their hands and not a repeat of Spain.

Hamilton reckons Red Bull, who lost the win in 2016 with a botched pit stop, “are going to be rapid in Monaco – and very hard to beat”, however, pretty much everyone else believes that Mercedes have rediscovered their mojo.

Although they ran riot over their rivals in Spain, Hamilton winning by 20s ahead of Bottas who was six ahead of Max Verstappen, a “humble” Toto Wolff – his word – has downplayed the chance of that happening in Monaco. It is, of course, the goal.

Mercedes may have won four of the last five Monte Carlo races but it is a track that limits the advantage of their V6 engine.

Monaco is instead all about tyre grip and downforce settings as it is the shortest and slowest lap on the calendar with its hairpin the slowest of slow corners.

This weekend’s grand prix marks a competition debut for Pirelli’s new hypersoft tyre and that in itself could throw up a few surprises as it remains to be seen whether the use of the pink tyre, the go-to tyre for qualifying, will alter the trend of one-stop Monaco grands prix.

Although only once in the last five years has a driver outside of Mercedes, Ferrari or Red Bull stepped onto the podium, Sergio Perez in 2016 for Force India, the nature of the circuit means Formula 1’s midfield teams could play a pivotal role in the outcome of Sunday’s race, then again so could the backmarkers.

Traffic and Safety Cars will be the order of the day with F1’s midfield, especially McLaren and 2018’s wonderkids Haas, looking to capitalise on any mistakes from those ahead.

And with the race not having been won from pole since 2014, even this race known for being processional could thrown up a surprise or two.

Whether fastest on a slow track or most cautious on an “insane” and “crazy” circuit wins the day, Sunday’s Monaco Grand Prix promises to deliver – it just depends on what you’re looking for.