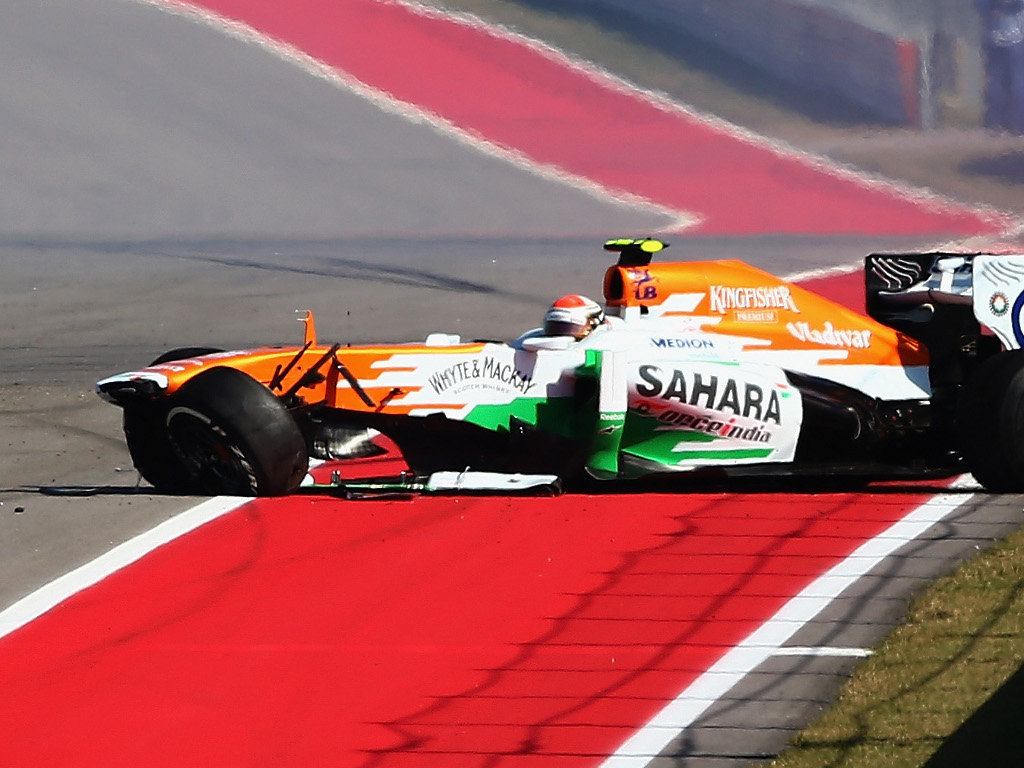 Adrian Sutil says he won’t speak with Pastor Maldonado about their US GP coming together as the Williams driver is “on a different planet.”

Sutil’s outing at the Circuit of the Americas came to a premature end on Sunday when the two clashed on the opening resulting in the Force India spearing into the barriers.

Explaining the incident, he told Autosport: “On a very big straight, with a lot of space left and right, for some reason I got a hit on the left tyre in the middle of the straight and lost the car.

“It was very shocking. You’d never believe something like that, but it happened.

“There was no reason to be so close. I was on my line and I didn’t do anything different.

“I was staying straight with my steering wheel and to the left and right there was a lot of space. I don’t understand why someone then hits you.

“There’s like an emergency area around him, you have to give room for two cars, not just one.”

The German continued saying that Maldonado, who is set to leave Williams at the end of this season, is one of the “more dangerous” drivers to go up against

“Whenever you get close to him, he brakes 50 metres later than everyone else and he’s sometimes over the limit.

“It’s more dangerous to drive against certain drivers. Of course many drivers have had incidents with him.

“I think for him to back off sometimes a little bit would be quite good. It gets to a stage where it could be dangerous.”

However, he ruled out having a chat with the 28-year-old, saying: “I don’t see a big point in talking. I’ve tried it several times, but he’s on a different planet.

“In the incident at Spa, he went straight into Paul [di Resta] and said it was our fault…