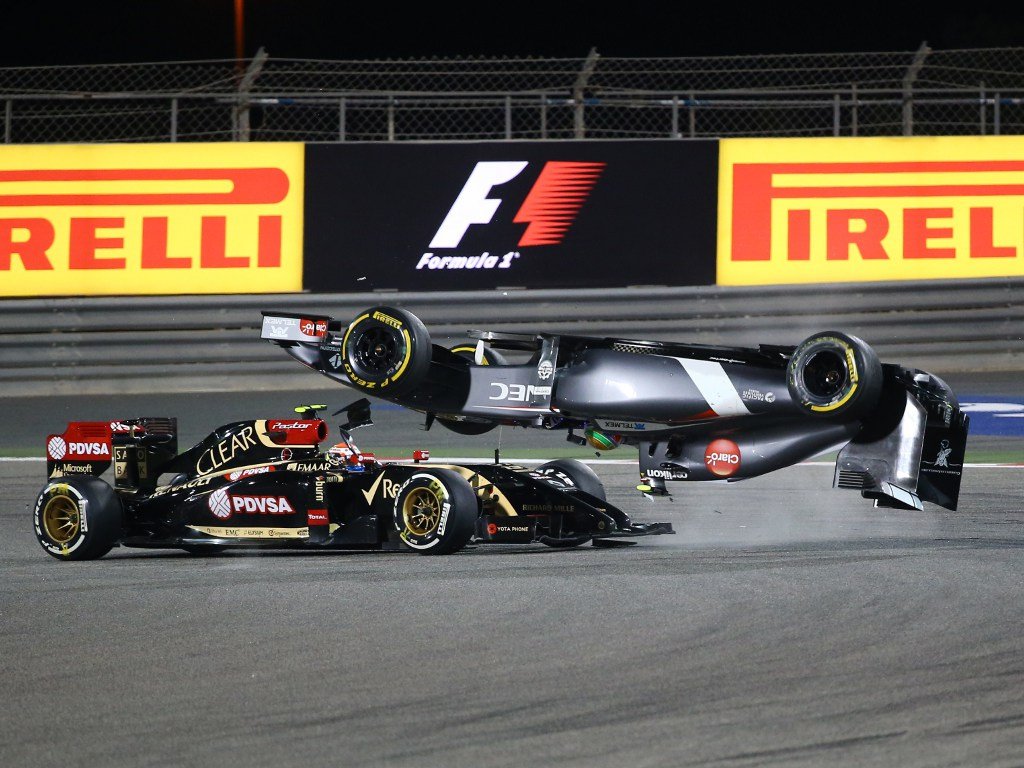 On top of his stop/go penalty, Pastor Maldonado will also take a five-place drop in China for crashing into Esteban Gutierrez.

Exiting the pits on lap 41 of the grand prix, Maldonado T-boned Gutierrez, putting the Sauber driver into a roll.

Gutierrez’s car flip right over while the car’s position and debris on the track meant the Safety Car had to be brought out.

Maldonado was deemed to be guilty with the stewards handing him a 10 second stop/go penalty.

After the grand prix, though, that was extended to a five-place grid penalty for the next race in China.

He was also given three penalty points on his superlicence.