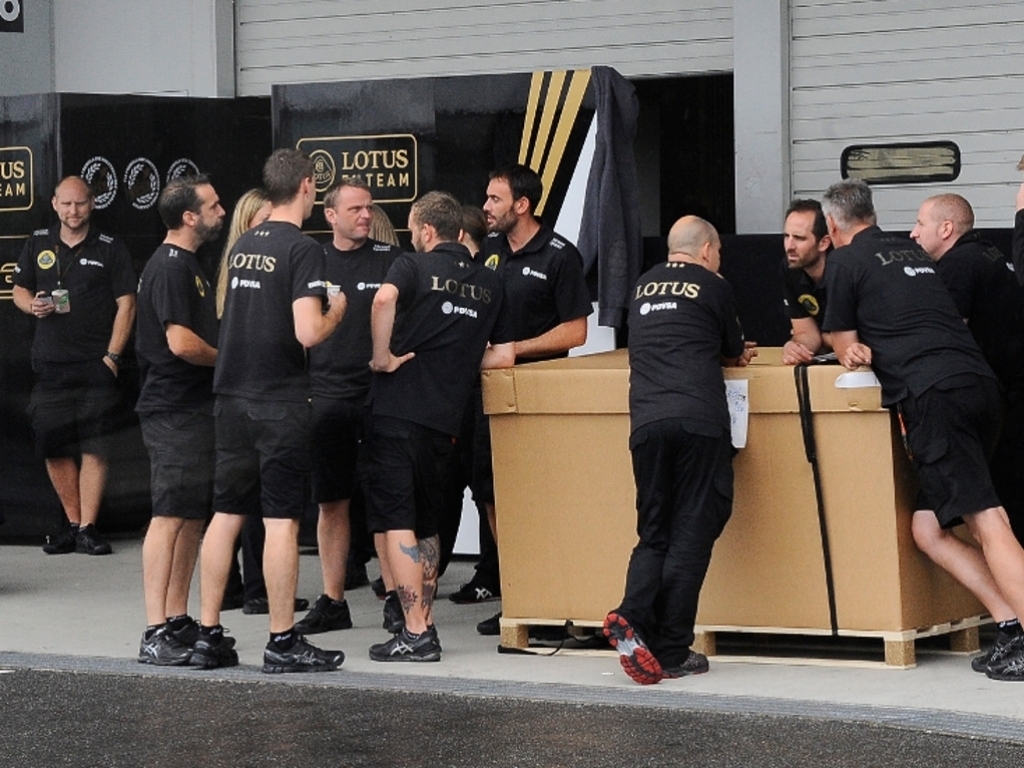 Lotus' troubles continued at Suzuka on Thursday with the team locked out of paddock hospitality and their freight late to arrive.

As a result Romain Grosjean, who will only climb into the car in FP2 as Jolyon Palmer is set to drive it in the morning's session, held his media briefing in the paddock.

But with the freight arriving as the Frenchman spoken, he said he's not too fazed as there is still plenty of time before he has to climb into the car.

"The guys are going to do their best as always," he told Reuters. "As long as they catch up by tomorrow at 2pm I'm happy."

And although the team's finances are undoubtedly on the mind of all the bosses, Grosjean doubts the latest drama will have a negative impact on Lotus' Japanese GP.

"It does not mean we can't fight for podiums this weekend," he stated. "Look at Spa, we had bailiffs in the garage and we ended up on the podium.

"It is a situation which is very tricky. We are waiting for answers and confirmation for the future of the team, but the spirit is still there."

Lotus have confirmed that the "slight delay" was due to a late payment and also the time difference making it difficult to get the freight through.