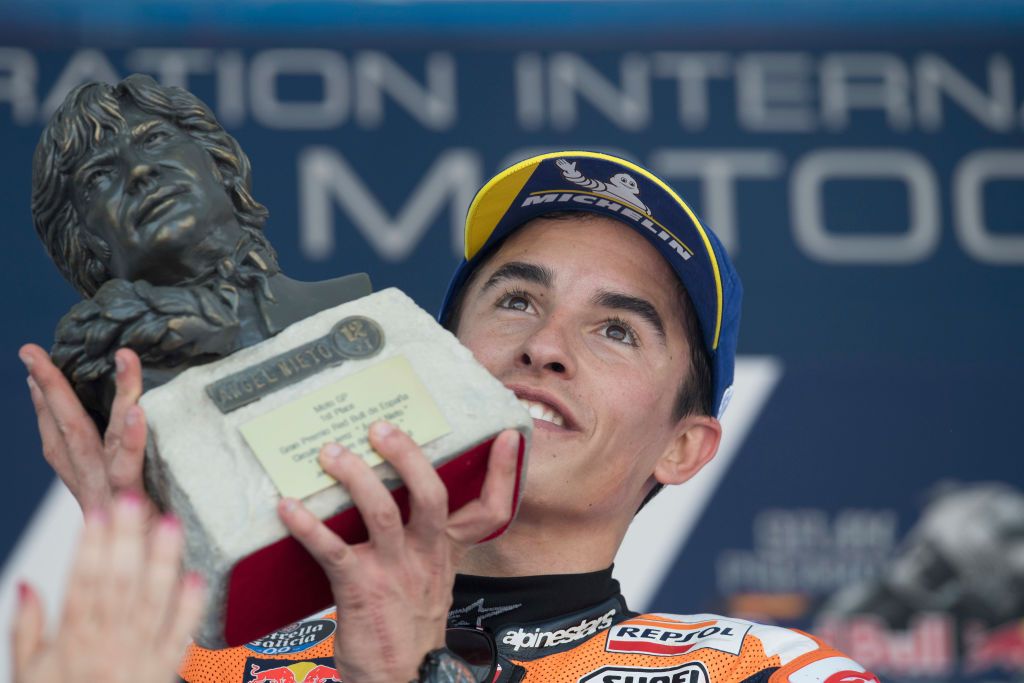 Marc Marquez will swap two wheels for four when he takes part in a Red Bull test in Austria next month.

The reigning MotoGP champion, who extended his lead in this year’s title battle with a win at Le Mans on Sunday, will be joined by his Honda team-mate Dani Pedrosa and nine-time motocross World Champion Tony Cairoli for the test.

The two-day outing will take place on the June 5-6 at the Red Bull Ring.

At present it is not known what car the trio will get to drive but Autosport speculats that it is likely to be a “V8-powered” car from 2013 or earlier.

This is not the first time that a MotoGP champ has tried their hand at Formula 1.

Valentino Rossi tested with Ferrari back in 2006, however, while he was considering making the switch to four wheels, Marquez is not thought to be leaning that way.