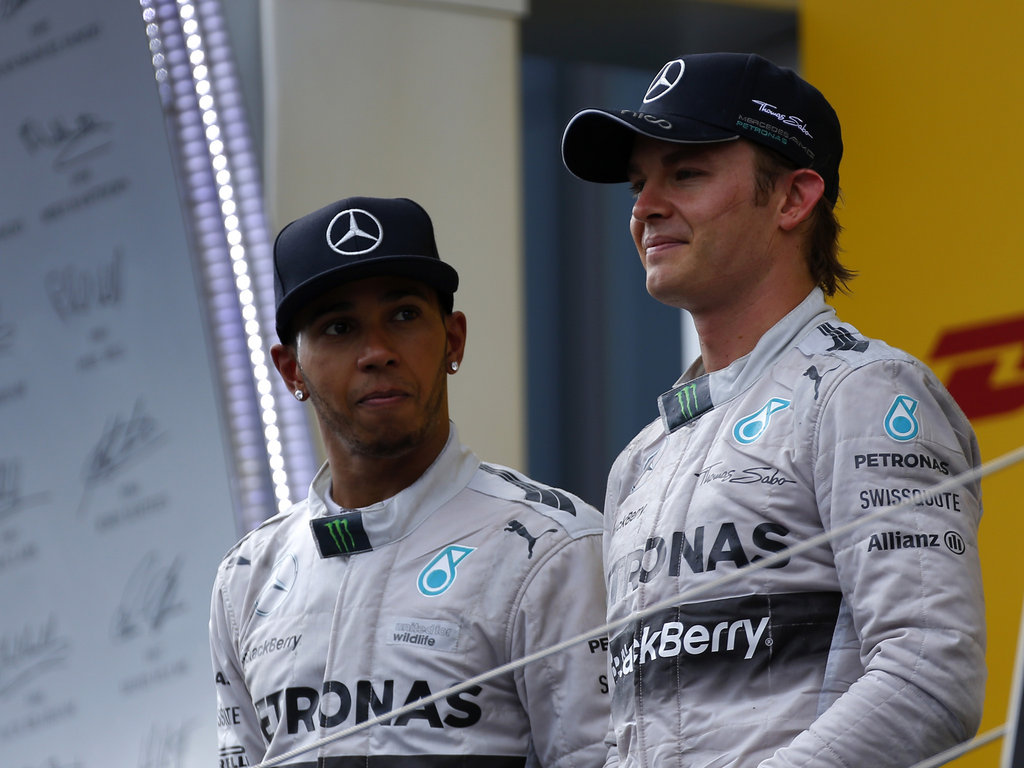 The 2014 World Championship seems to be a straight shootout between Nico Rosberg and Lewis Hamilton and Murray Walker feels it will be the German who comes out on top.

Although Hamilton has five victories this season compared to his team-mate’s three, it is Rosberg who is leading the Drivers’ standings by 29 points thanks to five second-place finishes. Hamilton, though, has had some bad luck as he was forced to retire twice due to technical problems.

Formula One doyen Walker believes Rosberg has the edge in the title race as he is more of a “thinking driver” than his team-mate.

“Hamilton wants to be the World Champion, and so does Rosberg, but I don’t think it is unfair to say that Hamilton is a lot more emotional about it and that can affect his driving. The more he is beaten by Rosberg, the more it could hypothetically hurt him emotionally, and that brings about more pressure,” he told the Daily Mail.

“With Rosberg being 29 points clear, he is more than a race win ahead of Hamilton, so even if he fails to finish at the British Grand Prix and Hamilton wins, Rosberg is still going to be leading by four points.

“In a nutshell it is going to be very, very difficult for Hamilton to win the Championship because Rosberg is a thinking driver. Hamilton is faster but I don’t think he is cleverer than Rosberg. Rosberg is very bright indeed and he is a very good technician as well.”