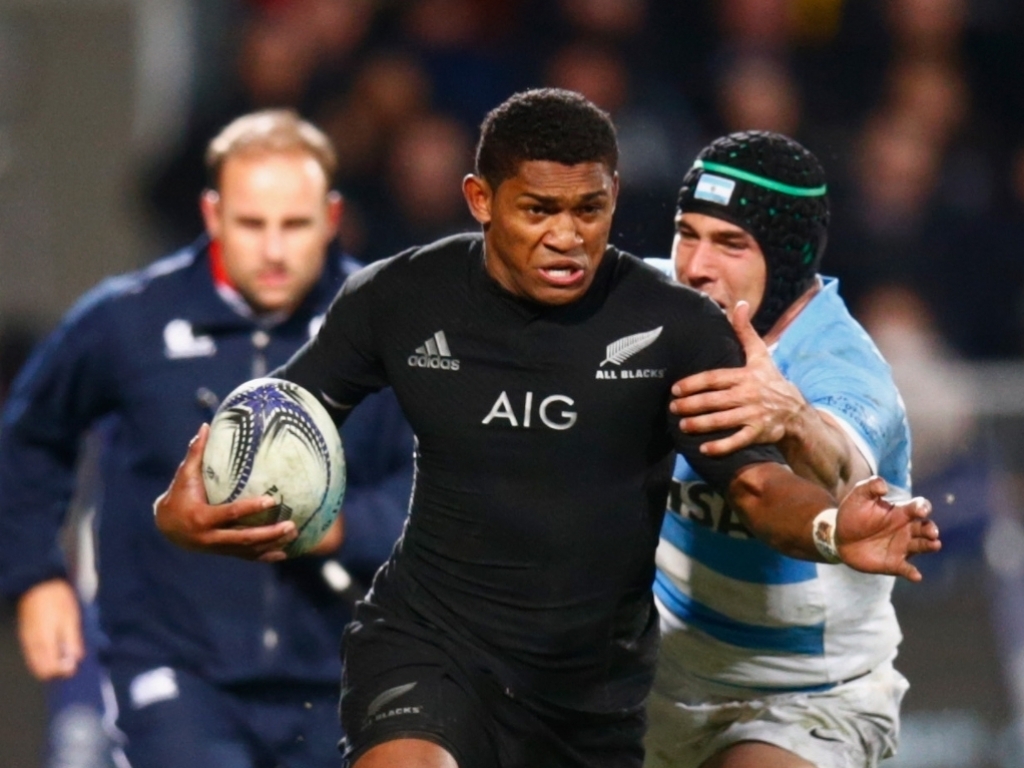 Waisake Naholo has been made a stunning recovery from a broken leg to make New Zealand's World Cup squad that was named today.

The Highlanders winger suffered the fracture on debut and looked to be out for the year, but returned to his native Fiji where treatment using traditional medicine saw him back on his feet in time to make the All Black squad.

He is joined in the back three options by livewire Nehe Milner-Skudder, but there is no place for veterans Cory Jane and Israel Dagg, who both miss out, as does Ulster-bound Charles Piutau.

Elsewhere Lima Sopoaga was the unlucky fly-half to miss out, with Colin Slade preferred for his versatility.

Up front the big decisions generally went in favour of the more experienced player, with Charlie Faumuina getting the nod over Nepo Laulala at tighthead, while Liam Messam made the cut, as Steve Hansen chose just three locks, omitting Jeremy Thrush.

And Codie Taylor will be the third choice hooker, getting in over Hika Elliot after impressing off the bench during the Rugby Championship.

"The selectors would like to congratulate all those players selected for the Rugby World Cup squad. It's a huge honour to represent your country on the international stage. It's the pinnacle for any New Zealand rugby player and we know the players and their families will be immensely proud of what they have achieved, as are we," Hansen said.

"Conversely, we know that there are some players who are disappointed. We are a tight-knit family and it's always difficult when players miss out. Those players did everything asked of them and the selections are more a reflection of the player depth that we have, and the mix of players required to effectively manage a 31-strong squad at what is a unique tournament with a unique set of replacement player rules.

"I'm sure it won't be the last time a lot of the players who have missed out play for the All Blacks. As we have seen in previous Rugby World Cups, anything can happen with injuries, and we want those players to be ready to step in if needed.

"To the fans I would like to say: our attitude going into this Rugby World Cup is not a case of expecting it, but one of making it happen. The Cup isn't ours. We are not defenders; like everyone else, we are contenders. We have to earn the right to win it through world-class performances.

"In doing so, we have to do something that no-one has ever done before. But that is a hugely exciting challenge and one I believe the team will rise to. With this in mind, we believe we have selected players with the right mix of experience, x-factor, determination and mental strength. This is an exciting and talented group of players who are looking to do something that hasn't been done before, and make New Zealanders proud."