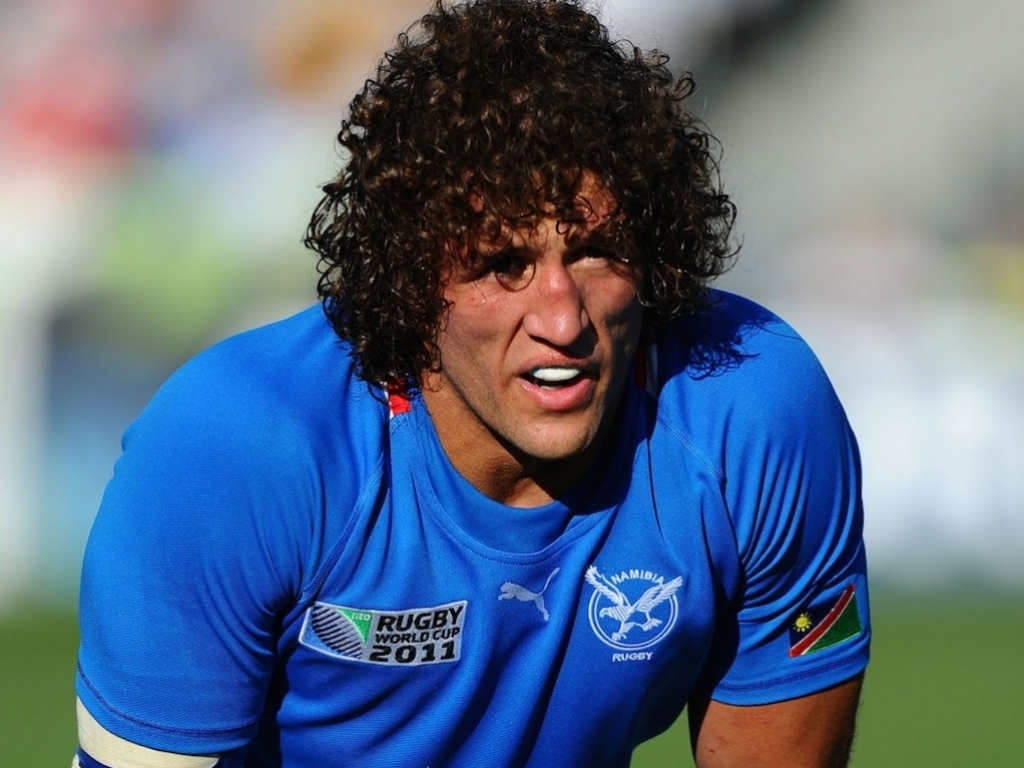 Namibia have announced their 31-man squad to take part in next month's Rugby World Cup.

Saracens flanker Jacques Burger will captain the team of which 14 of the 31 players selected have previous World Cup experience.

The squad was named in Windhoek on Thursday following a four-day training camp held in Durban, South Africa.

Burger is amongst four members of the squad that will be appearing in their third Rugby World Cup, with prop Johnnie Redelinghuys, loose forward Tinus du Plessis and scrum-half Eugene Jantjies also part of the Namibian teams that participated in France 2007 and New Zealand 2011.

Redelinghuys is Namibia's highest capped player of all time with 46 Tests to his credit.

Another feature of the squad is the inclusion of three players under the age of 21 in hooker Louis van der Westhuizen, flank Wian Conradie and scrum-half Damian Stevens.

The squad has an average of almost 20 Tests per player and an average age of just over 26.

"There’s a lot of things you have to consider when making a selection like this, the dynamics of the group is very important and I think we have a number of young, but inexperienced players whose exuberance is rubbing off on the more experienced players," he explained.

"I think it is the strongest group of players who we could have picked to select Namibia at the Rugby World Cup. There’s some good versatility and a big number of players are in good form as we showed recently when we won four test matches and moved up to number 20 on the world rankings."

Davies admitted that it was very difficult to make the final selection as Namibia had developed depth in some positions over the last couple of months.

"It was tough, we have good depth in the midfield, lots of talent in the back three, and also in our back-row," he added.

"We do have some world class players in Jacques Burger and Renaldo Bothma amongst others, but in some areas we lack a bit of depth. We are looking at developing some young players for the future in those positions."

Namibia face defending Rugby World Cup champions New Zealand in their tournament opener on September 24, followed by Pool C matches against Georgia, Tonga and Argentina, all teams ranked in the top 15 and above Namibia who are in 20th spot on World Rugby’s latest rankings.

"I feel the players that have put their hand up have been rewarded with selection," said Davies.

"There’s a lot of courage and character and we will be doing everything to get that first ever elusive win at a Rugby World Cup.

"I am pleased with the dynamics of the players who are based in Namibia and those who play professionally. We couldn’t ask for a group that is more together, a more committed group."

Namibia Rugby’s General Manager John Williams, is hugely excited by the inclusion of Conradie, Stevens and van der Westhuizen, three players who did duty for Namibia at the Junior World Trophy in the last two years.

"What is important is that they were selected on merit and that is very good in terms of our future and for our legacy program, it is very exciting to see these young players as it shows our structures are working and that bodes well for our future," he said.