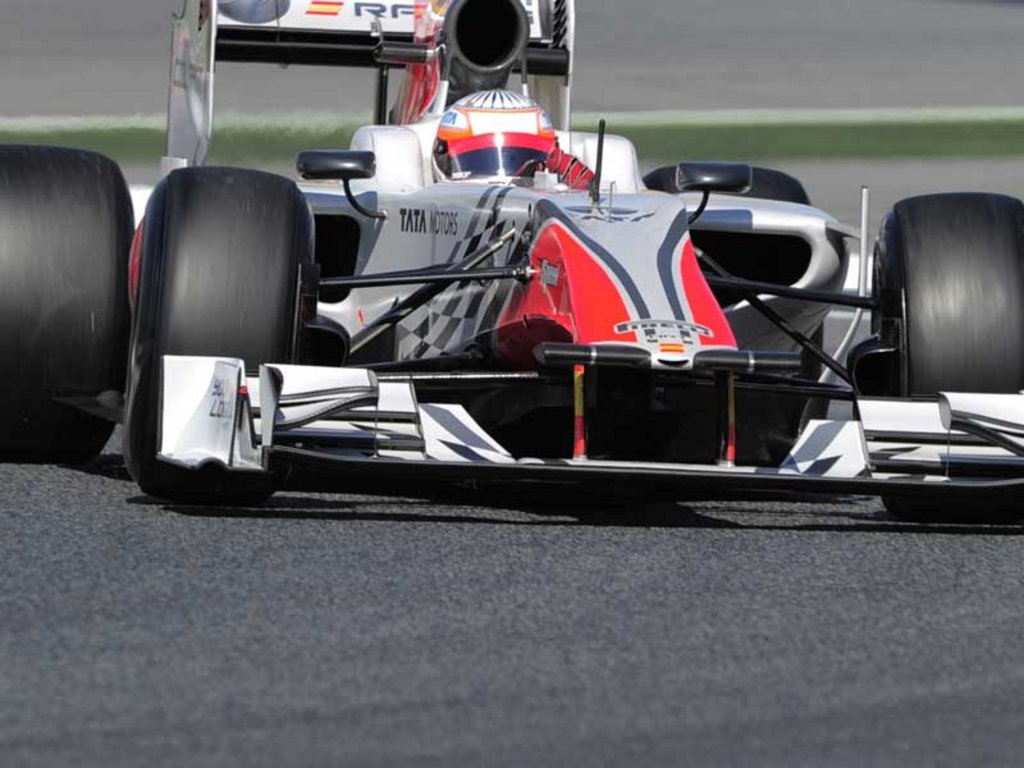 Narain Karthikeyan admits he could not have wished for a better performance at his home grand prix.

The 34-year-old returned to the wheel of the HRT for the first time since the European Grand Prix in June after the team afforded him the chance to drive in the inaugural Indian GP.

He qualified P22, but was then handed a grid penalty and dropped one place. However, he had an excellent start and found himself as high as P15 during the early stages of the race. He eventually finished P17 – one place ahead of team-mate Daniel Ricciardo and two ahead of Lotus’ Jarno Trulli.

“I had a great grand prix and I really enjoyed myself, it was an amazing experience,” he said. “To finish 17th in my home grand prix is the best I could have wished for with the car we have and beating my team-mate and one Lotus on the way makes it all the more satisfying.

“It’s a shame I faced the penalty and, perhaps, we could have had a much better race without it. But I made a good start and then suffered some damage to the front wing but afterwards I picked up a good rhythm and was able to complete a good race.

“It’s an awesome feeling to have completed the first ever Indian Grand Prix and to have been competitive with our main rivals which proved a lot of points.”