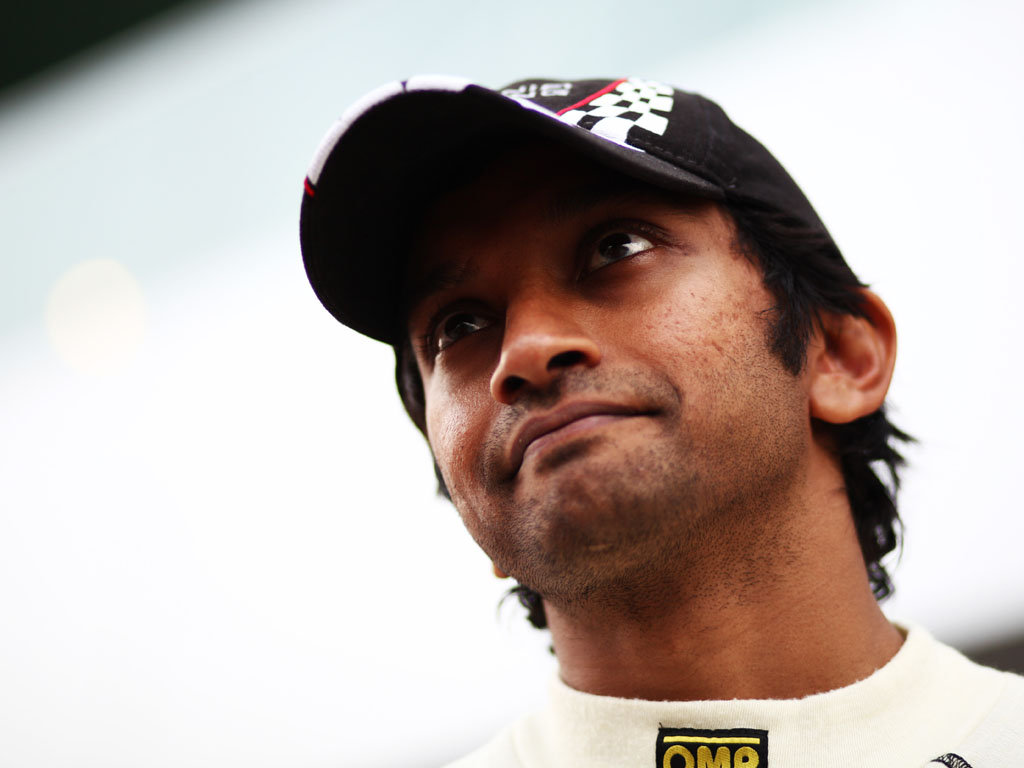 Narain Karthikeyan became the first Indian driver in Formula One when he drove for Jordan in the 2005 season.

After competing in the Formula Asia, British Formula 3 and Formula Nissan World Series for several years, Jordan decided to hand him a race seat in 2005. He claimed his first points in F1 during the farcical United States Grand Prix at Indianapolis after the three teams using Bridgestone tyres were the only ones to compete. With only six cars in the race, Karthikeyan finished fourth behind the two Ferraris and his team-mate Tiago Monteiro.

With Jordan changing hands at the end of the 2005 campaign, the new management decided not to hand Karthikeyan a new contract and he spent the next two seasons as a test driver for Williams.

After losing his testing role at Williams, he was heavily linked with Spyker but nothing came of the speculation and he signed up with Team India to drive in the A1 GP and also had a stint in the Le Mans Series where he raced for Colin Kolles’ Audi R10 TDI. He won two races during his three-year stint in A1 GP, but was again forced to look for a new employer after the series folded.

He spent the 2010 season competing in the Superleague Formula for PSV Eindhoven and had some action the NASCAR Camping World Truck Series before Hispania Racing signed him up for the 2011 F1 season.

However, his days with HRT were numbered as, failing to shine, Karthikeyan was replaced by Daniel Ricciardo ahead of the British GP. He was given another chance with the team, contesting the inaugural Indian GP before once again being related to the sidelines in what was another year of great PR but little else in Formula One.

In a shock move – although it shouldn’t have been given Karthikeyan’s financial backing – HRT announced on 3rd February 2012 that the Indian driver was back with the team, signing a deal to race alongside Pedro de la Rosa for this year’s Championship and giving the Spanish outfit the oldest driver pairing.

Again great PR given India’s growing interest in F1. But it must be said that HRT need more than PR, they need results…