Home Uncategorized Narain not giving up on F1 seat 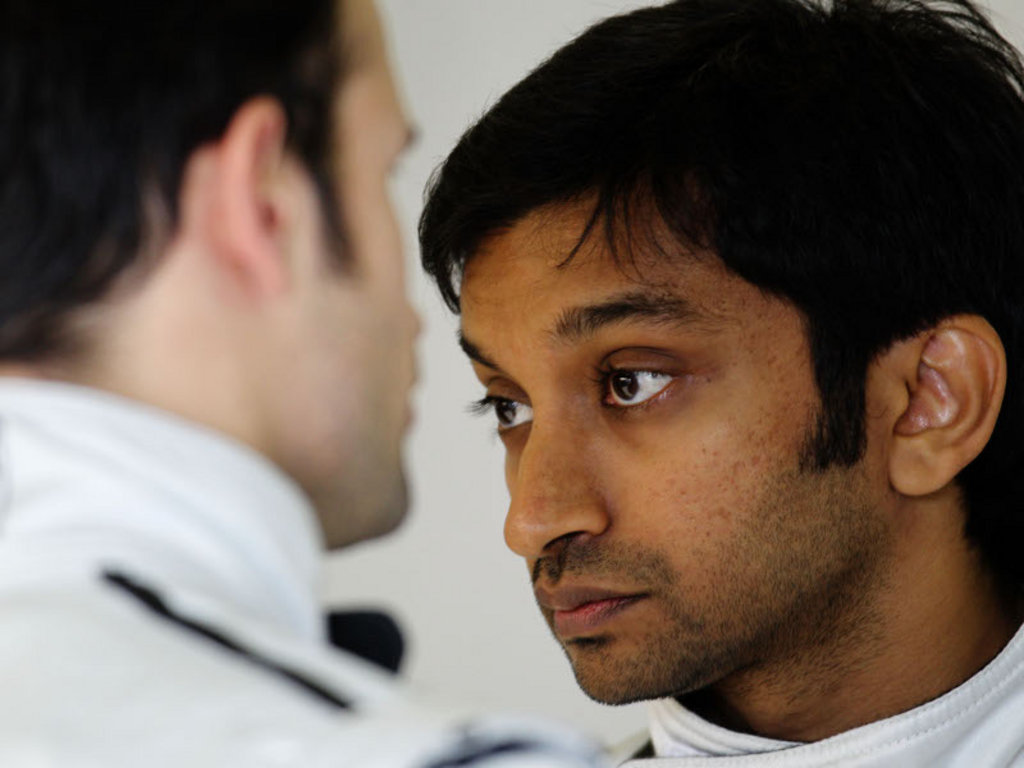 Narain Karthikeyan is hopeful that he will race in Formula One next year even though there are only a couple of seats still available.

Karthikeyan, who returned to F1 in 2011 after a five-year absence, drove for HRT in the first eight races of the year but was then forced to step aside for Red Bull-backed Australian rookie Daniel Ricciardo. He was back in the cockpit for the inaugural Indian GP, but was then pushed to the sidelines again.

With Force India and Toro Rosso confirming their 2012 line-up last week, Williams and HRT are the only two teams with vacancies for next season.

Karthikeyan, though, says his representatives have held discussions with various teams.

“I had a good Indian Grand Prix and the intention is to see what opportunities are available in Formula One and see how we can conclude something,” he told Reuters.

“I’m not dealing with it directly. So there are people who are liaising on behalf of me.”

The 34-year-old’s former team HRT have made several changes in recent months. First they handed veteran Pedro de la Rosa a seat and then they replaced team principal Colin Kolles with Luis Perez-Sala.

Karthikeyan paid tribute to Kolles, but feels it’s a “good thing” that the Spanish-based team are approaching things differently.

“With a small team he did a good job. But now the team has a different direction and that’s a good thing,” he said.