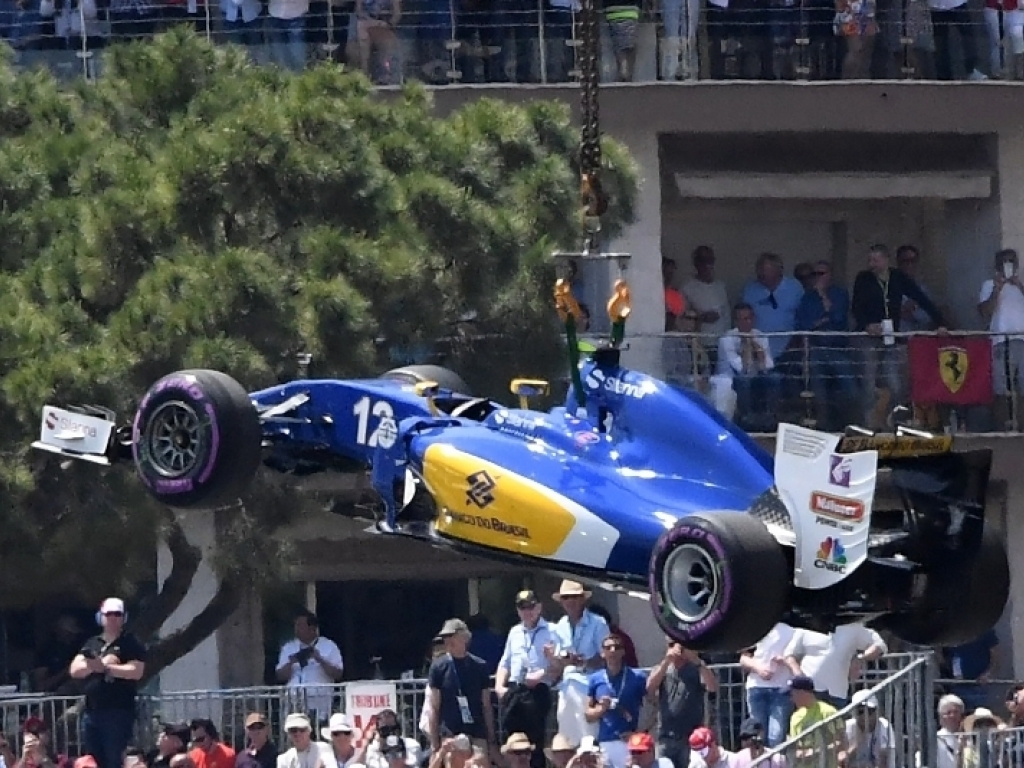 Felipe Nasr’s Monaco qualifying ended even before it really began as his Sauber’s Ferrari engine blew on his very first lap out of the pits.

Nasr had hoped for a good showing at a time when Sauber are struggling for form.

But it was not to be.

His Ferrari engine blew in spectacular style with smoke pouring from the back of the grid, forcing him to stop on the side of the track.

“It is a shame qualifying ended that early for me,” he said.

“When I left the pit lane for my out lap, I felt vibrations on the car. Then I lost power completely when I went on full throttle in the tunel.

“I had a good feeling before going into qualifying, as we made the right changes on the car side.”

Nasr will now start the Monaco Grand Prix from the very back of the grid as he did not set a lap time.

“Now we need to focus on tomorrow,” he added. “Thinking about the race, I am still positive as a lot can happen.”