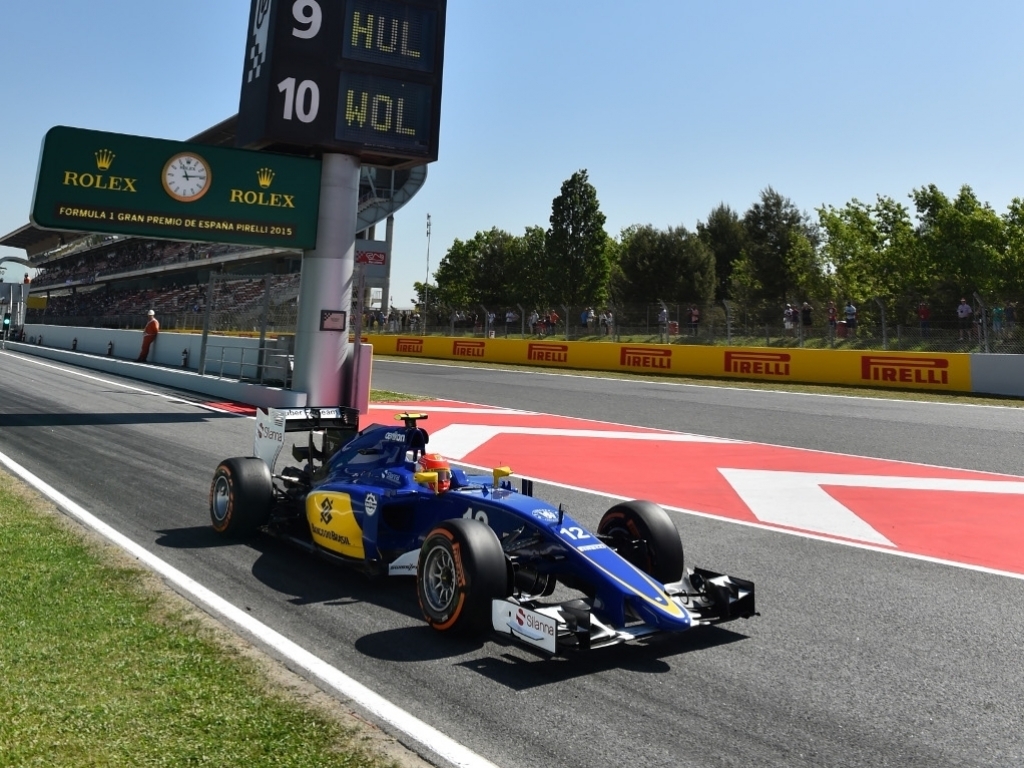 Felipe Nasr has revealed his Canadian practice crash was completely his fault as he accidentally pressed the DRS button while weaving to warm up his tyres.

The Sauber rookie, who has largely had an error-free start to his F1 career, crashed heavily in Saturday's final practice at the Circuit Gilles Villeneuve.

Weaving to warm up his Pirelli tyres, Nasr appeared to lose control of his C34, hitting the wall front on before sliding along it, shearing off pieces of carbon fiber.

Explaining what went wrong, he revealed: "I was trying to bring up my tyres to temperature because I'd just completed a run on them.

"I did my first lap and I came in. We had to use those same tyres so of course they drop in temperature.

"When I went out I was trying to bring them up to temperature and that was maybe my second lap trying to weave on them.

"When I went to the back straight we could see that the wind was a lot stronger, and I think when I was doing the weaving, somehow I pressed the DRS and that caught me by surprise. It's simple.

"There's nothing I could have done because it happened so quickly."

Sauber repaired the car in time for qualifying and Nasr will start Sunday's race from 14th on the grid.