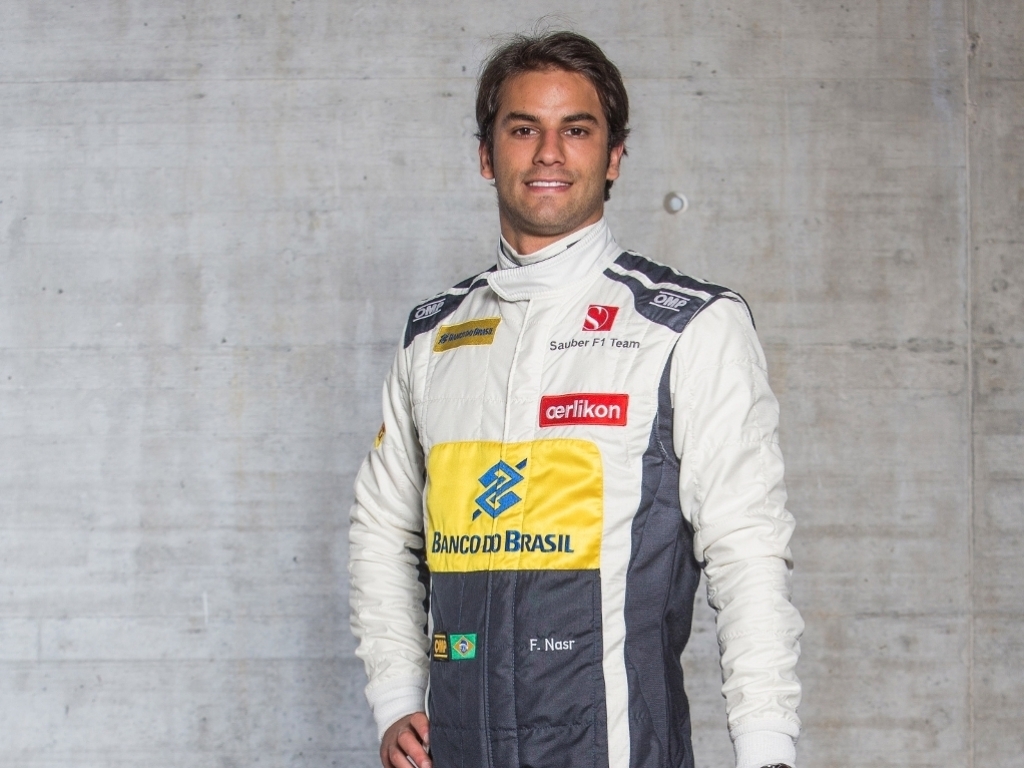 Ahead of his debut season with Sauber, Felipe Nasr has declared himself ready for the challenge that awaits.

Having spent time as a Williams test driver, Nasr has signed with Sauber ahead of the 2015 Championship.

The rookie, though, faces a massive task as he has joined a team that failed to score a single Championship point last year.

But despite that, Nasr feels he has what it takes to help Sauber turn their fortunes around.

"In my rookie season there is a lot to learn, and especially as I have not yet driven on some circuits," said the Brazilian.

"In general, I am ready to take on this challenge.

"In my role as test and reserve driver for Williams last year, I was involved in every race weekend. Furthermore, I also had the chance to drive the car a few times, so I think I have a certain understanding of Formula One.

"Now I am taking the next step in being a race driver.

"I am looking forward to bringing my experience from 2014 as well as to supporting Sauber in getting back into the points."

Not only is Nasr new to the team this season but so is his team-mate Marcus Ericsson, who joins after a disappointing year with Caterham.

"We have to improve, and be able to fight for championship points," Kaltenborn said. "I am delighted about our two new drivers who bring a breath of fresh air. Both are young, talented and highly motivated.

"On their way to Formula 1 both stood out through victories in Formula BMW and Formula 3. Both then finished this career progression off in the GP2 Series.

"While Marcus looks back to one season in Formula One, Felipe will have his rookie year in which he comes fully prepared due to his role as test and reserve driver at Williams last year. I feel confident with regard to our drivers."