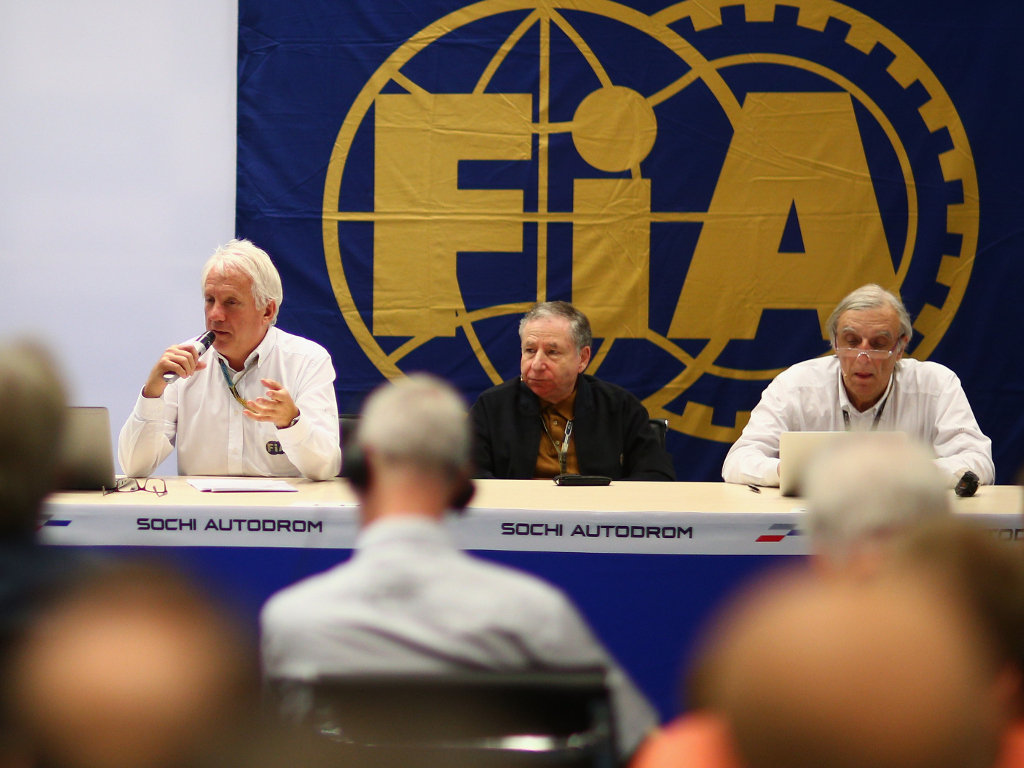 Jean Todt has vowed to take steps to ensure that an accident like Jules Bianchi’s Japanese crash “never happens again”.

Bianchi remains in a critical condition in the Mei General Hospital after suffering a severe head trauma when he crashed in Japan.

With the race under double waved yellow flags, the Marussia driver went off at the same corner as Adrian Sutil had and slammed into the tractor that was retrieving the German’s Sauber.

Bianchi, who was unconscious, was transported to hospital by ambulance where he underwent emergency surgery for a diffused axonal injury.

The FIA launched an investigation into the crash with the findings presented at Sochi on Friday.

FIA President Todt vowed that such an accident would “never happen again.

“We have to learn from what happened and we will because we cannot be faced with such a situation again. Each life is very important.”

Meanwhile, F1 race director Charlie Whiting spoke about the incident, revealing that while Bianchi “did slow down” for the double waved yellows, “it’s a matter of degree.”

He said: “There are some things to learn. We want to engage with all the teams and drivers to ensure we come up with good, sound and well-thought-through ideas.

“One of the most important things to learn here is that it is probably better to take the decision to slow down away from the drivers, to have a system where it is clearer to everyone how much we think drivers should slow down.

“That is what we are working on. We have a meeting with the teams on Saturday to discuss a way of imposing a speed limit.

“It would have the same effect as a Safety Car because if you slowed everyone down to the same pace they would hold position.”

He added that recovery vehicles will continue to be used with “extreme caution.”

“Tractors have been used successfully for 20 years. I don’t think its something we should change overnight,” he said.

However, “skirts have been discussed with drivers, similar to those on the trucks. We need to and are going to consider that.”

As for questions about whether the start time of the grand prix, 3pm, played a role in the outcome, Whiting said it did not.

“To me race start time totally unconnected to incident in question,” he said.

He did confirm that Race Control was initially unaware of Bianchi’s crash and that it took the marshals to inform them as the sensor on the MR03 that warns of a high G-force impact was damaged.

There was, however, nothing – “at the moment” – wrong with the car that would have resulted in Bianchi’s crash.