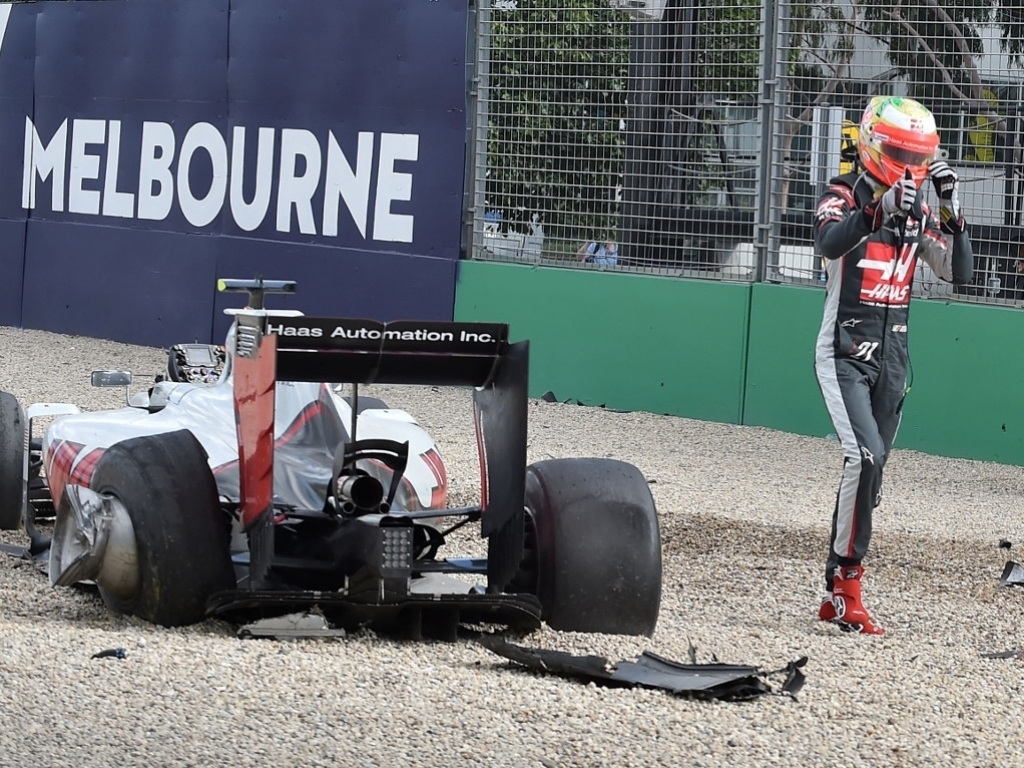 Esteban Gutierrez will have a new chassis for the Bahrain Grand Prix after his VF-16 was damaged in a crash with Fernando Alonso in Melbourne.

While the McLaren driver was pitched into a horrific high-speed crash, the Mexican driver was also booted out of the race with his damaged car coming to a halt in the gravel.

The impact necessitated a new chassis for Gutierrez with team boss Guenther Steiner revealing F1's newest team does have enough spare to build up a new chassis ahead of the Sakhir race.

"Some of the parts, for example the chassis, were sent back to Europe to be checked and fixed because we can't do it onsite in Bahrain," Steiner said.

"We have enough spare parts to build up another chassis, so we will use that.

"Then the chassis that is repaired will be sent to Bahrain via air to serve as our spare.

"The guys will have to work day and night to get to Bahrain, but it's all doable.

"Our spare quantity is down, but we have enough to get going again, so we will just keep on working."