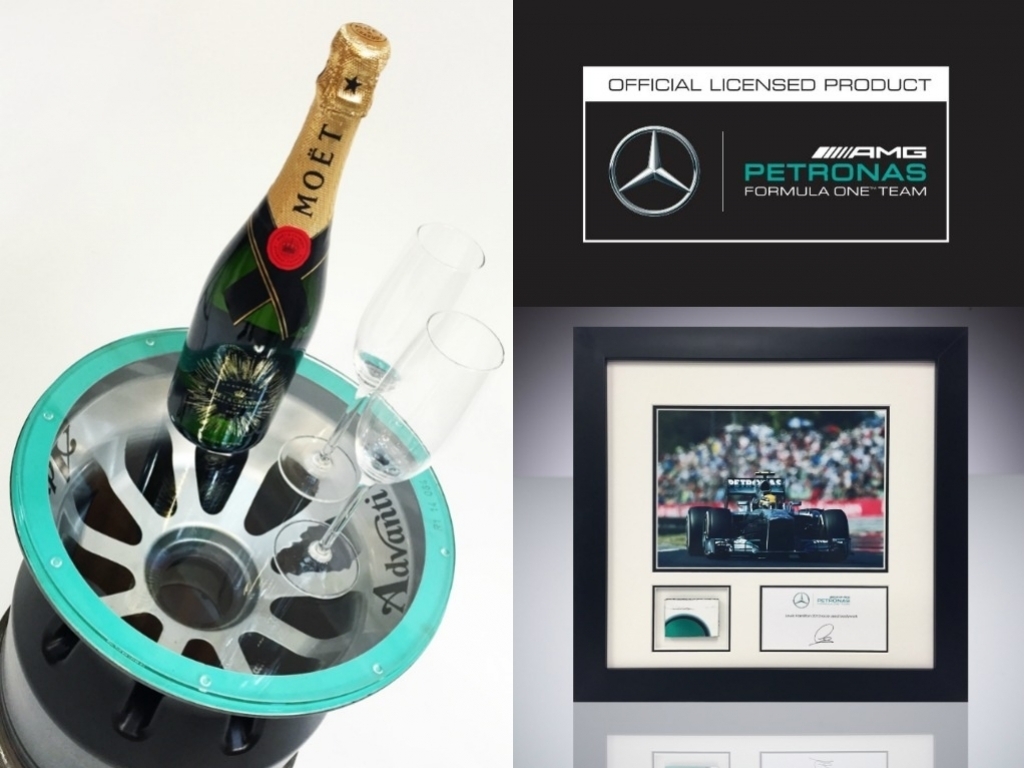 Season withdrawal symptoms setting in already? While you’re waiting for the next race on March 26th, we’ve just launched some pretty impressive new pieces to keep you fuelled through the winter in the PlanetF1 shop…

How do you fancy resting your Christmas eggnog on a drinks table made from a wheel rim which was originally raced on the championship-winning MGP-W05 car by Lewis Hamilton or Nico Rosberg in the 2014 season?

This isn’t memorabilia to gather dust or lock away, it’s a real, World Championship winning wheel rim table to use and show-off to your friends! Perfect for a coffee table or bedside table.

Each wheel rim still has its unique component identification number engraved into the edge of the rim. This has been checked by the team to verify whether it was used on Hamilton or Rosberg’s car – so you can even choose the driver for your table!

The latest framed photos in the shop capture Hamilton and Rosberg framed with a hand-carved piece of their sidepods!

Choose from Hamilton in his first ever race win for MERCEDES AMG PETRONAS at Hungary 2013, or Rosberg at Monaco in his first win of the 2013 season. Each one comes complete with an official team certificate of authenticity.

The dog rings have an attractive black-nickel finish which was their part of their original racing style. They are fitted with a black acrylic clock face and sit within a stand made from race-used F1 skid-block.

During their race career, they were set-up to shift gear at less than 0.05 seconds; around a third of the time it takes you to blink!
Check out these and lots more awesome Christmas gift ideas in the PlanetF1 shop!

All available with free UK delivery. PLUS our international shipping rates have also been reduced in time for Christmas deliveries!