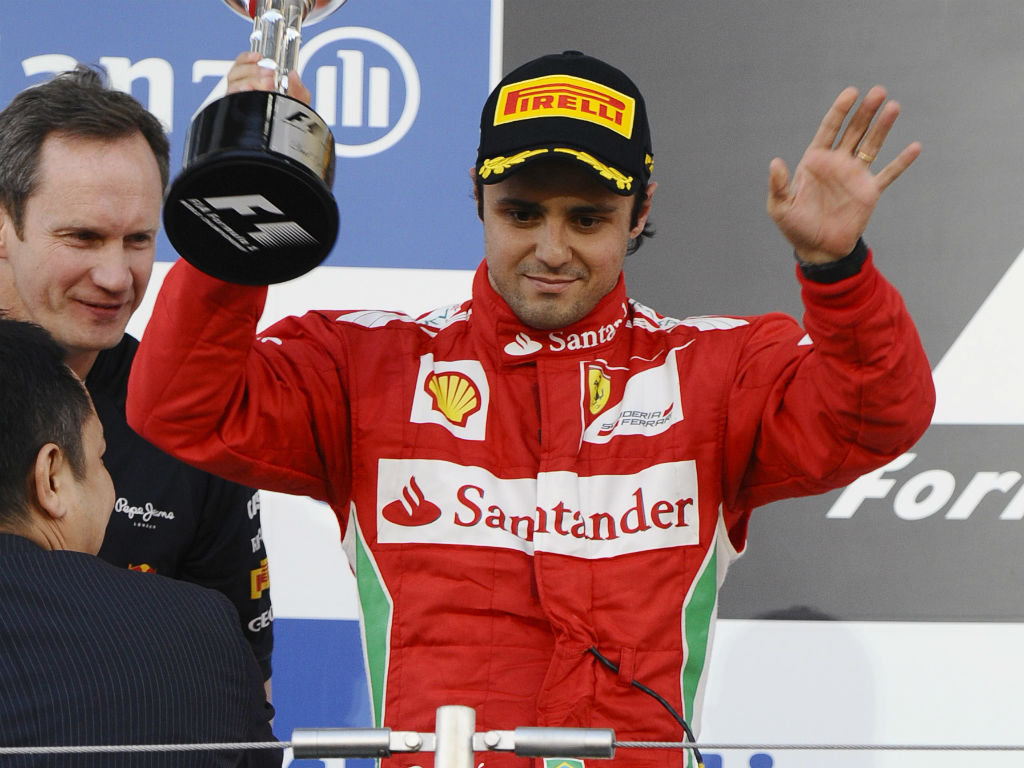 Ferrari team principal Stefano Domenicali revealed on Sunday that the outfit will make an announcement about its driver plans and the future of Felipe Massa imminently.

The Brazilian’s place at Ferrari has been the topic of much speculation throughout the season, but after impressive drives in Japan and Korea, it is believed that his future with the Italian team is once again secure.

Ferrari could make the announcement before the Indian Grand Prix at the end of October, which will pave the way for Nico Hulkenberg to join Sauber for 2013.

Hulkenberg had been one of the favourites to potentially replace Massa at the Maranello team, but after reportedly agreeing personal terms with Sauber, a potential Ferrari deal seems dead in the water.

Furthermore, Massa himself seemed certain that he will once again be Fernando Alonso’s team-mate next year.

“No. I don’t have. But anyway we wait for the time,” Massa responded when asked whether he is doubtful about his future.

“When you get the OK from both directions that is when you are sure. I think it will be pretty soon to be honest.”

Domenicali has also hinted that a new deal for Massa is on the table.

“I think that for sure he understands now better the car, he understands better the tyres – and also the fact Felipe is a very, very strong driver because otherwise we would have already taken a different decision.

“So I feel that now when Felipe has under his control the understanding of the tyres and car, he performs at the level he should.

“Very soon you will know what will be our position on that respect,” he said.