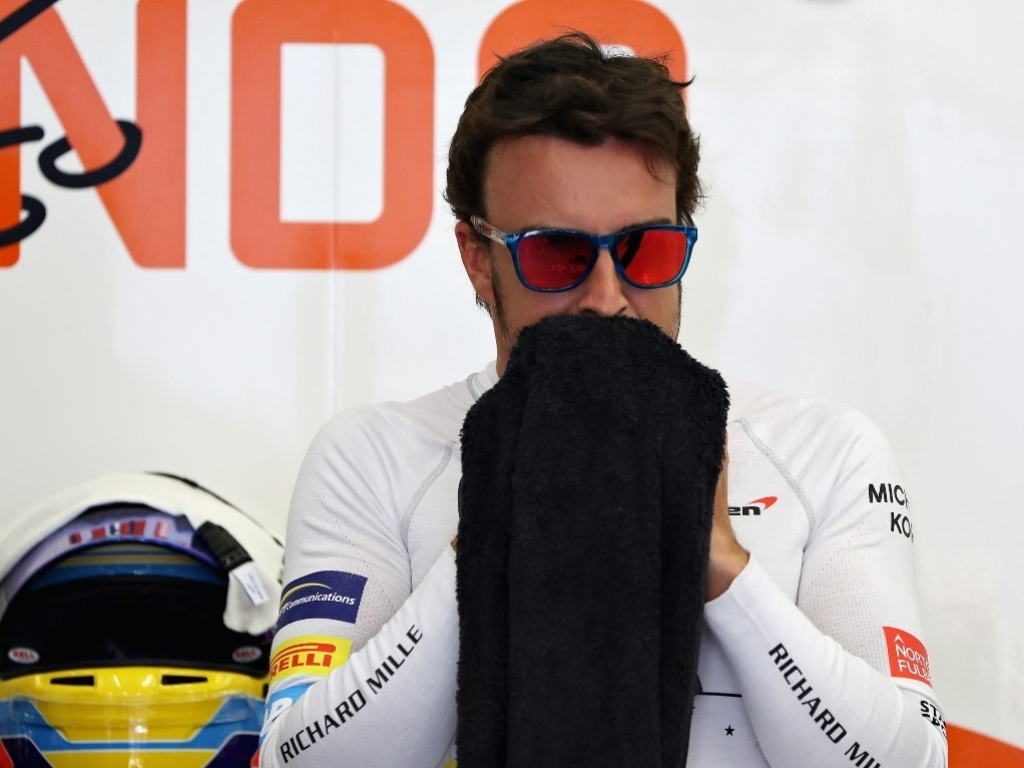 Fernando Alonso confirmed his doomed MCL32 required a new power unit after his "blew up" in Q2 at the Bahrain Grand Prix.

The two-time World Champion was about to try and make it through to the top ten shootout, but was soon spotted leaving the garage completely as yet more reliability issues struck the Woking team.

"My lap was good; until the last corner I was like half a second better than in Q1, but then I went on the throttle and it [the engine] blew up, so unfortunately that's the situation.

"We had the possibility to be a couple of places better than what we are.

"For tomorrow we'll fit a new power unit with not the perfect settings; there is no warm-up, there are no laps that we can set the engine, so we'll probably have a difficult race."

Alonso has now moved onto his second power unit of the season, with each driver permitted only four engine changes before penalties start to come into effect.