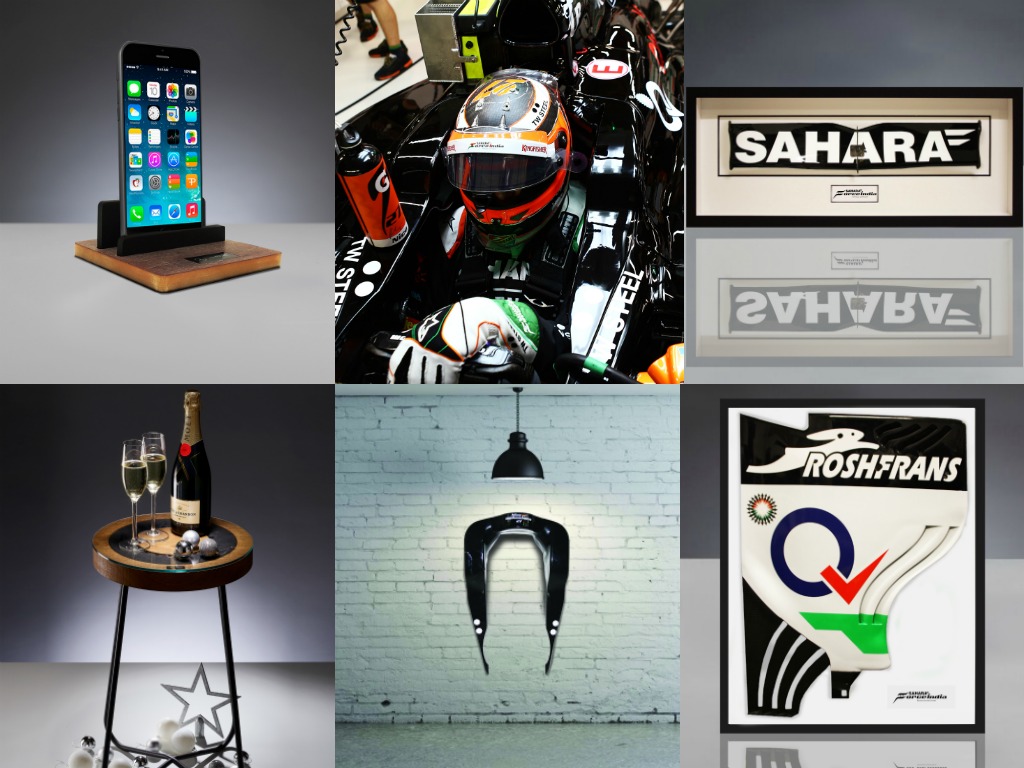 At the close of each Formula One season, our friends at Memento Exclusives receive a delivery of race-used components directly from the Formula One teams that they work with – to re-engineer into memorabilia for fans to own.

The latest pieces have just been added in the PlanetF1 Shop in time for Christmas delivery!

Also known as ‘legality plank’, Skid Block is the mandatory attachment to the underside of a Formula One car. Introduced in 1994 as a safety improvement following Ayrton Senna’s death, the plank is fitted beneath the central plane of the car. It is designed to restrict the minimum height and prevent taking corners at dangerously high speeds.

This particular piece of Skid Block was fitted to Lewis Hamilton’s MGP-W05 at the 2014 Silverstone Grand Prix. Now re-engineered into a holder for your mobile phone! Limited edition of 44 and complete with Mercedes-AMG Petronas gift box & team certificate of authenticity.

2015 was a good year for Nico Hulkenberg – winning the 24 Hours of Le Mans Title and achieving 5th place in the FIA Formula 1 Constructors’ Championship with Sahara Force India team. This Headrest is the genuine article raced on Nico Hulkenberg’s 2015 VJM08 – own it to display on your wall!

Before the pink, these Sahara Force India endplates were some of the most colourful on the F1 grid. Raced on the VJM07 in the 2014 season, the Endplates are now professionally framed to brighten your wall. Complete with team certificate of authenticity.

You can now choose from 2016 FW38 and 2015 FW37 Williams Racing Wheel Rim Tables in the PlanetF1 Shop! Rest your Christmas Martini on a piece of Williams Racing Formula One heritage.

Own your piece of F1 with these and more from the PlanetF1 Shop.