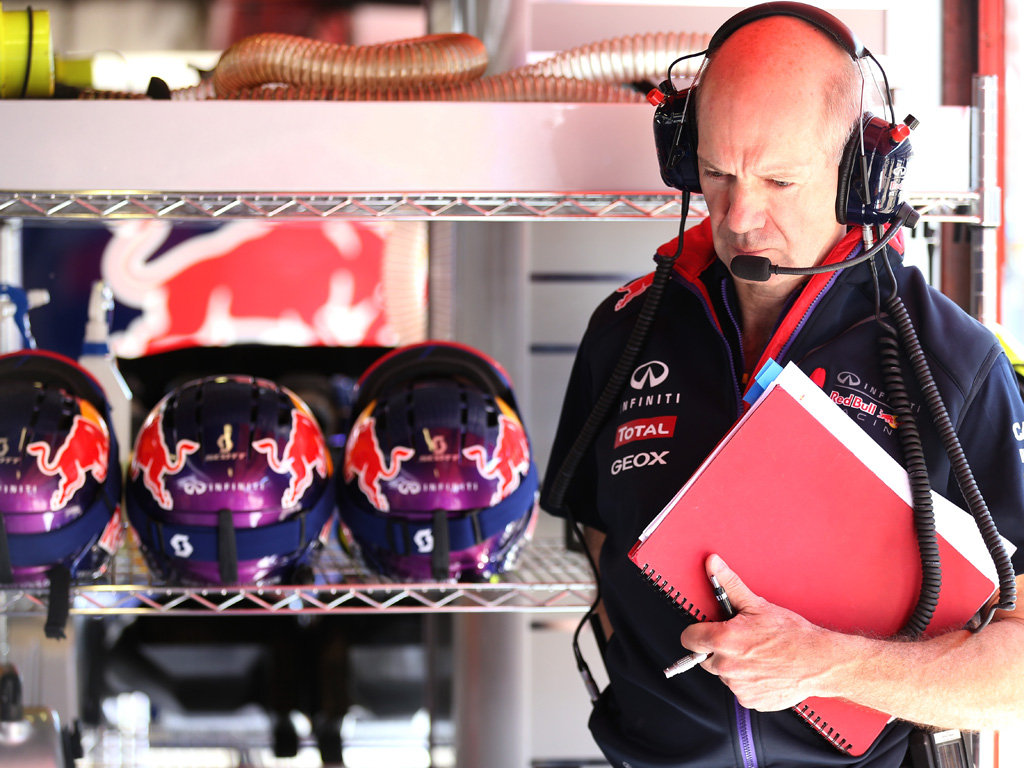 Adrian Newey has confirmed that he will continue to work with Red Bull’s 2015 before starting his new role working on Red Bull Technology projects.

Red Bull announced in June that Newey will only serve as an advisor on the design of their future cars when he starts his new role later in the year, but confirmed on Monday that he is continuing to work on the design of next year’s car on a full-time basis for the time being.

“At the moment I’m still full time at Red Bull Racing and will be certainly over the coming months as we finalise the general layout of the car, so it won’t be until Christmas that I start to really get into new roles let’s say. So at the moment it’s full concentrated,” he told crash.net.

Newey added that the upgraded power units they expect to receive from Renault next season will play a major role in the design of the car.

“Well in our case, obviously we have an engine partner in Renault and therefore the division is very clear. We make requests in terms of what we’d like from the engine architecture point of view and how that would best install in the chassis,” he continued.

“Renault are able to accommodate some of those requests – some of them. Others they say no they can’t do that in the time available or they don’t believe it’s the right thing to do anyway.”