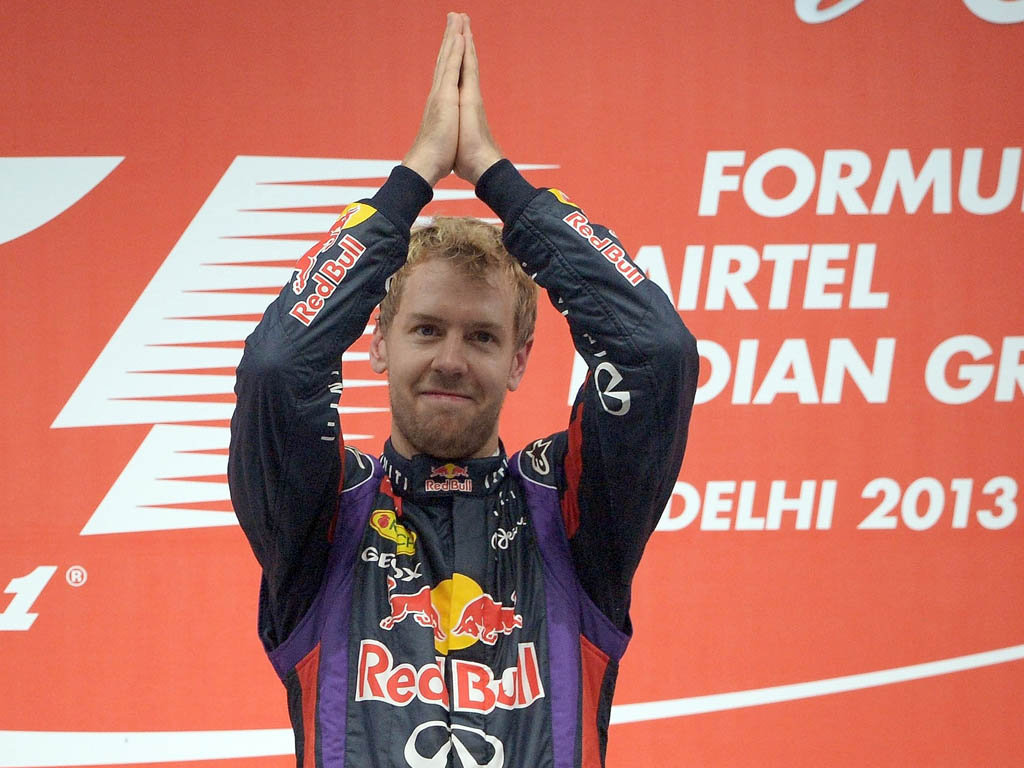 The German secured the 2013 World Championship on Sunday after winning his sixth race in a row, becoming Formula One’s youngest quadruple Champion in the process and joining Michael Schumacher and Juan Manuel Fangio on the list of drivers who have won four or more consecutive titles.

Naturally, the Red Bull bosses are over the moon with his success and technical chief Newey praised the German for being “humble” despite his success the past few years.

“His feet are on the ground, he is just an ordinary kid who has not lost sight of who he is despite the success he has had,” he is quoted as saying by BBC Sport.

“He is very humble, very intelligent, he has that process like all the greats of being able to drive and be conscious of what is going on around him all the time. It has been a real pleasure to work with him.”

Red Bull also wrapped up their fourth consecutive Constructors’ title in India and Newey feels the hard works is paying off.

“It is stunning. A few years ago, coming to Red Bull was a fresh adventure for a new team and it has been such an amazing ride,” he said. “It is a great team within Milton Keynes, they are hugely dedicated – there are lots of people working so hard and this is the product of that.”

“Let’s take nothing away from Sebastian not just today but for the whole season,” he said. “He knew his strategy was to get through the traffic and he did it. He worked his way back through the field and he created the opening for himself today.”

He added: “It was hugely emotional for everyone to see him cross the line. I said to him to try and do it in style and he did and to win this Indian Grand Prix for the third successive time is incredible.”