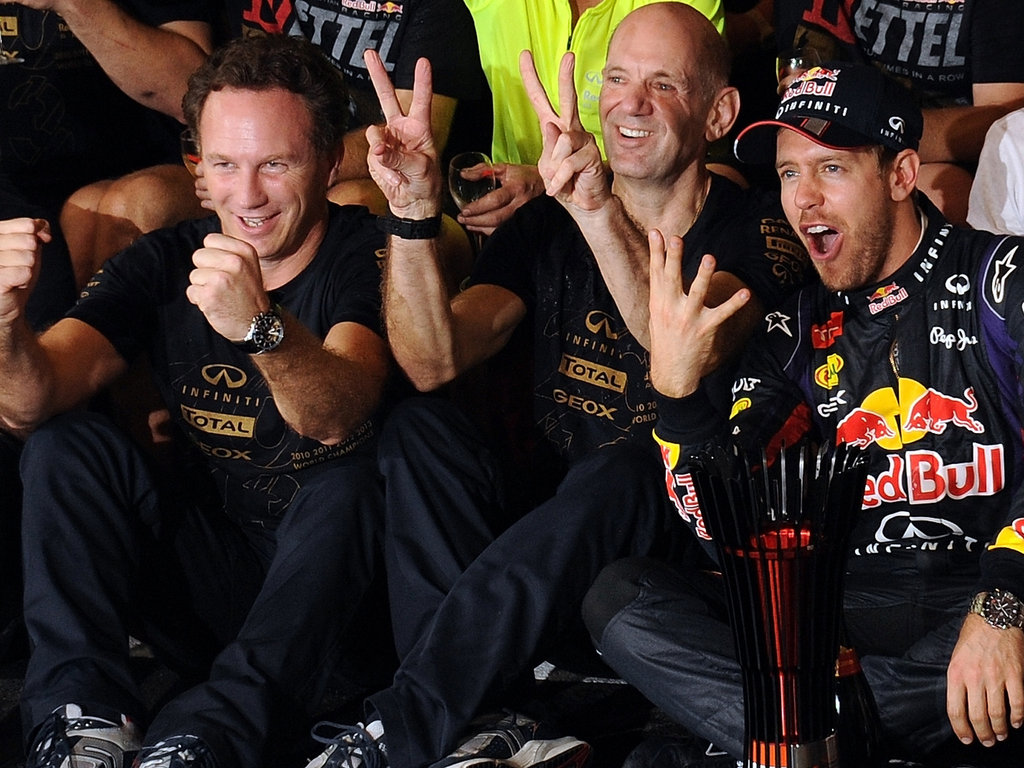 Vettel secured a fourth consecutive World Championship with his victory in India on Sunday and in the process he became the youngest driver to win quadruple titles at the age of 26.

He also joined compatriot Michael Schumacher and Argentinian Juan-Manual Fangio as the only drivers to have won four in a row.

Vettel’s rivals will no doubt be hoping that he has reached his zenith, but design chief Newey warns there is much more to come from him.

“Sebastian is not going to get worse, that’s for sure,” Newey said. “He’s going to continue to develop, although it’s difficult to see how he can develop relative to this season, but no doubt he will.

He added: “His driving has gone from very talented but slightly raw at times, let’s say in 2009, to incredibly well-rounded now

“In 2009 and 2010 you could occasionally criticise him for making slightly ill-judged moves and having accidents, and you could criticise him possibly for not being able to overtake, as a lot of people felt that if he didn’t start from pole and control the race from there, then he was not so good.

“But I think you really cannot make those criticisms any more. It is difficult to see a chink in his armour.”

As someone who also designed cars for McLaren and Williams, Newey has worked with his fair share of World Champions in Nigel Mansell, Alain Prost and Ayrton Senna.

However, don’t ask him to compare the legends to each other.

“But the one thing they do share is that ability to drive and process at the same time. They also have an incredible recall after they get out of the car.

“I think that means that they can drive while considering and planning what they are going to do next in the race. Then, they can get out of the car afterwards and continue to learn and analyse what happened in the race.

“You see it with Sebastian all the time. You have that impression that each time he gets in the car, he gets in with a bit more knowledge than he got out of it last time.”