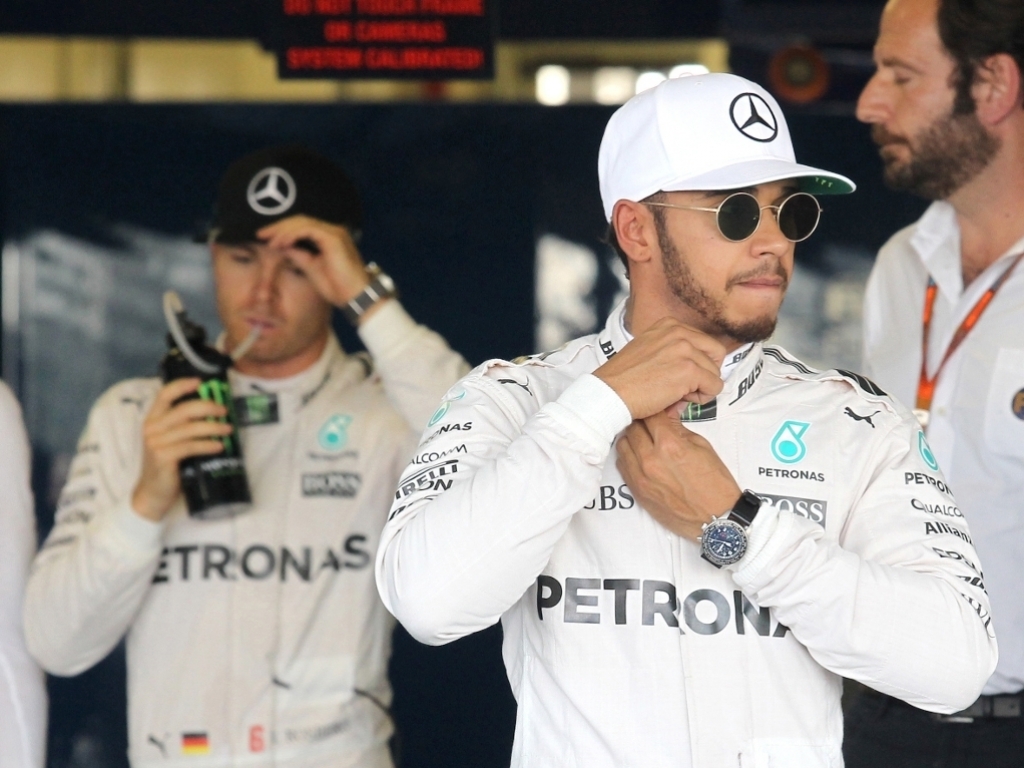 The champagne is on ice, the championship T-shirts are packed in boxes and the 'I'm speechless' celebratory speech is waiting to be spoken. All that is needed is P1 for Nico Rosberg in Brazil.

The German, a quiet candidate who has spent much of his career in his team-mates' shadows, could write his name into Formula 1's history books this weekend if he wraps up the 2016 Drivers' Championship title.

Rosberg is 19 points ahead of Lewis Hamilton meaning a race victory on Sunday will seal the deal as will any situation in which he finishes seven points ahead of his Mercedes team-mate.

That, though, is always easier said than done.

Although Rosberg heads to the 4.3km Autodromo Jose Carlos Pace as the twice defending Brazilian Grand Prix champion, and Hamilton has yet to win at Interlagos, it is the latter who is in excellent form.

In a last gasp bid to keep his championship hopes alive, Hamilton won the most recent two grands prix – America and Mexico – lights to flag.

Rosberg, though, brought in the runner-up finishes that he needed to keep his chances alive.

But while Mercedes will be hoping for an uncomplicated Sunday, the often unpredictable weather in Sao Paulo could have the last laugh.

The rain in Brazil has decided a championship as recently as 2008 when Felipe Massa claimed the victory at his home race. For a few brief seconds he was the World Champion.

However, as the rain intensified on the final lap, Toyota's Timo Glock struggled for grip on his slick tyres allowing Hamilton to take fifth place and the World title by a single point.

As always Red Bull, as the closest challengers to Mercedes and winners of four of the last seven Brazilian GPs, will be determined to capitalise on any mistakes from the championship contenders. Should Daniel Ricciardo score it will be his 16th consecutive race inside the points.

A lot of the attention, though, is likely to be on his team-mate Max Verstappen.

The Dutchman battled with Sebastian Vettel last time out in Mexico in what turned into an ugly sweary rant, and P3 going to Verstappen then Vettel and then Ricciardo. While the FIA may be hoping they keep it clean this weekend, Formula 1 fans are hoping for more drama and a bust-up as the pressure is mounting on Ferrari to get their name into the winners' column.

For Brazilian fans there is a bit of intrigue on the home front for both Felipes, Massa and Nasr.

Massa is bidding farewell to Formula 1 at the end of this season and will be keen to leave his home race with points, or, even better, a first podium for the season while F1's only other Brazilian driver, Nasr, is looking to get his name on the board and score Sauber's first points.