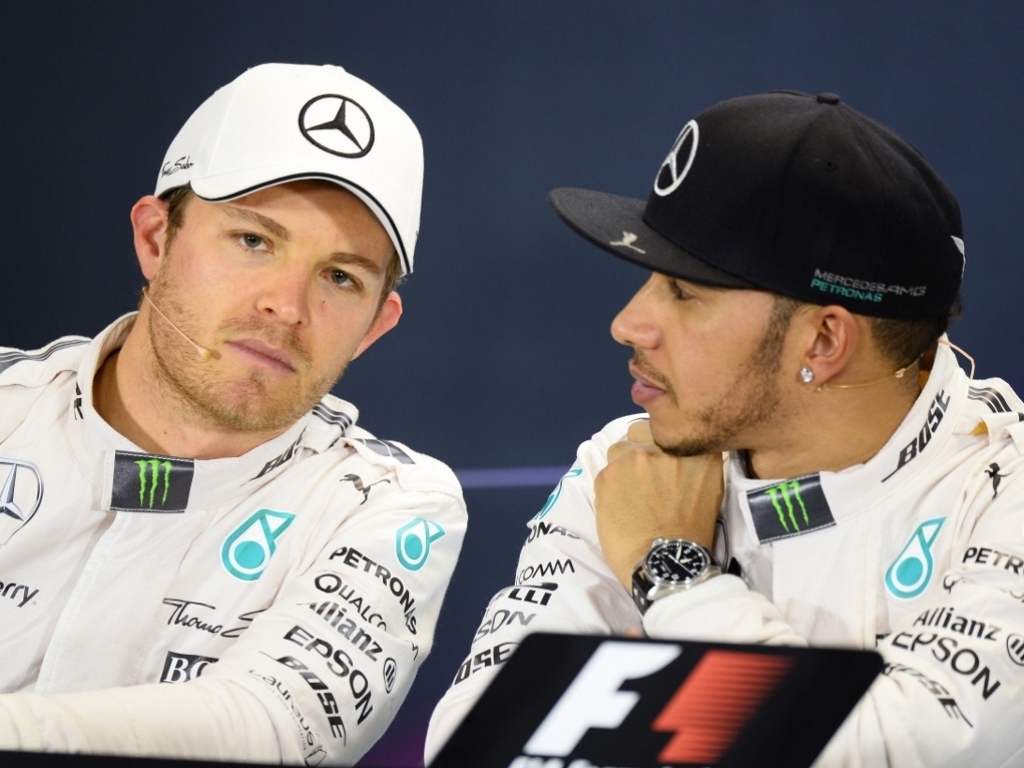 Nico Rosberg is confident he will "turn the tables" on Lewis Hamilton in Malaysia after going "1-0" down to his Mercedes team-mate in Australia.

Many believe the 2015 Drivers' Championship will be a straight fight between the two Merc drivers and defending Champion Hamilton put down the marker with a dominant display in Melbourne as he claimed the hat-trick of pole position, race win and fastest lap.

Rosberg finished just 1.3s behind in second place, but the Brit insisted he always had things under control and had another gear in the locker.

Looking back at his weekend at Albert Park, Rosberg felt he lost the race on the Saturday.

"My bad qualifying time cost me the win. I had the speed to claim the victory, but there was just no getting past [Hamilton] in the race with the same machinery," he wrote in Bild.

"Lewis delivered a World Championship performance with zero errors. Congratulations! My bad luck was that he has taken my setup on Friday and therefore we had the same race pace. Too bad, but it is completely normal. It happens sometimes that I also look at what he does."

The Championship moves to Malaysia next week and Rosberg is confident he can bounce back.

"Okay, it's 1-0 for Lewis now. In Kuala Lumpur I will turn the tables. Please keep your fingers crossed!"

The German has also clarified his "invitation" to Sebastian Vettel to attend a Mercedes debrief.

Rosberg claimed after the Australian GP that it "would be awesome" if Ferrari can close the gap to Merc as it would be good for Formula 1.

Vettel replied: "Be honest. Do you really hope so? Seriously? You finished 30 seconds ahead of us and you hope it’s going to be closer? So you hope you slow down? Is that what you’re saying?"

He jokingly suggested that his compatriot invite him to the Merc "engineers' room" and his rival obliged.

Rosberg even tweeted an official invitation on Tuesday and he says Mercedes team boss Toto Wolff has cleared it.

"Sebastian had assumed that I would not tell the truth when I said that I would be glad if Ferrari could close the gap on us," Rosberg wrote.

"I then invited him to come and see us. I'm looking at the big picture, a strong Ferrari helps Formula 1. I clarified this with team boss Toto Wolff. Sebastian can come.

"So Seb, I hope you're reading this: I hereby officially invite you on Friday in Malaysia to our engineer meeting at 16:00. We look forward to seeing you!"