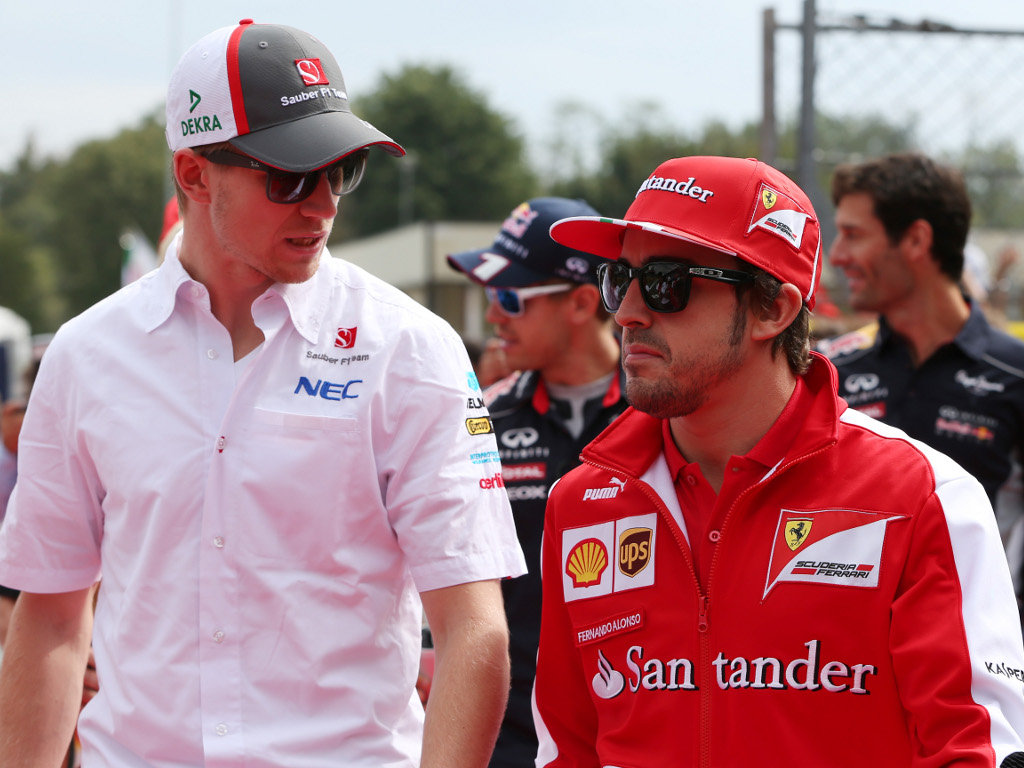 Nico Hulkenberg produced one of his most complete drives in F1 and then declared he is “definitely interested “in driving for Ferrari.

Having secured a third place on the starting grid – his second-best qualifying display following his pole position with Williams at Brazil in 2010 – he didn’t put a foot wrong on Sunday.

He finished fifth behind the two Red Bulls and two Ferraris and took his and Sauber’s points tally for the season to 17, and you can visit Paddy Power for the latest Championship odds.

It remains to be seen though if Hulkenberg will remain at Sauber next year as his name has been mentioned as a possible replacement for Felipe Massa at Ferrari.

Asked about the possibility of driving for the Italian stable, he replied: “It’s definitely something I wouldn’t deny which I’m definitely interested in, it’s a no-brainer. I don’t know if it will happen, time will tell.”

He added: “There has been speculation and lots of talk but at some point the talking has to stop and the decisions will be made.”

The Formula One circus heads to Singapore next and Hulkenberg knows another good display will only enhance his chances of partnering Fernando Alonso at Ferrari and you can get all the betting odds for Singapore at Paddy Power.

As for his P5, Hulkenberg told BBC Sport that he will leave Monza a very happy man.

“This is a 100% weekend for us, after yesterday we had another great day. To finish fifth was probably the right result for us because we only finished behind Red Bull and Ferrari which was great,” he said.

“It was a tough race, keeping Nico [Rosberg] behind me, because he didn’t leave me alone but it was great to get some more points and hopefully that will give us some momentum.”