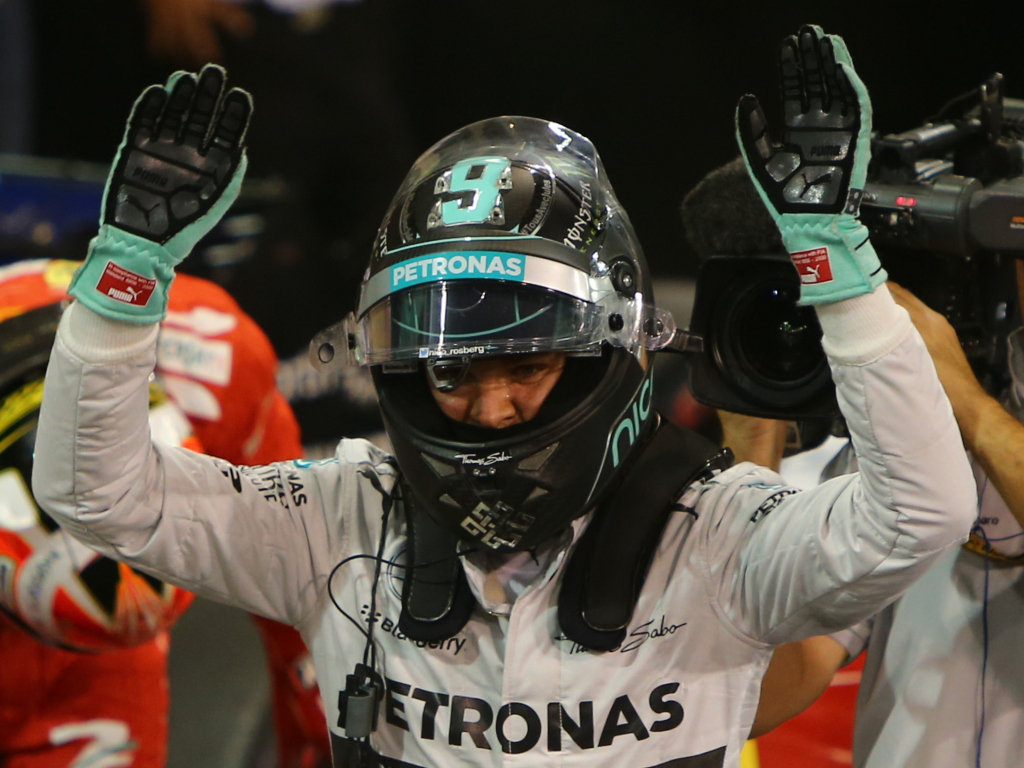 Nico Rosberg hammered home his credentials as 2014 pole position king in Abu Dhabi and vowed to try to push Lewis Hamilton into a mistake on Sunday.

The German secured the 2014 Pole Trophy at the Brazilian Grand Prix last time out, but he took his record for the season to 11 with P1 at the Yas Marina Circuit on Saturday, compared to Mercedes team-mate Hamilton’s seven pole positions.

With the 2014 Drivers’ Championship on the line and a 17-point deficit to overturn, Rosberg knows he needs the victory come race day.

“It was a great day again today, for sure,” he said in the post-qualifying press conference. “I’m thankful to the engineers for everything as they did a good job with the car, I was very happy with the set-up.

“It all worked out, got a good lap together in the end, pleased with that. But of course it’s only one step, a very small step, because this weekend is about the Championship, not about pole position.”

In order to win the title, Rosberg will need to hope at least one other car finishes between him and his team-mate Hamilton. Valtteri Bottas in the Williams nearly managed that as he was 0.159 off Hamilton’s time in Q3.

“Valtteri said he got his perfect lap together, but there wasn’t anything in it. Of course it would have been great if there was a Williams in between us, but that can always happen tomorrow,” Rosberg added.

“For sure starting first is a great place to be.”

Asked how he will play the first corner, he said: “That is going to be interesting as always. I’m on the clean side, I think, but I have the advantage from pole.”

But he knows he probably needs Hamilton to make a mistake.

“Of course pressure is one of the hopes that I have,” he said. “If Lewis feels the pressure and makes the mistakes as a result, a bit like today – I haven’t seen it but if you’re saying that – and a bit like Brazil that’s the sort of opportunities that I’m looking for and I’m going to try and push for.

“I’m going to push flat-out all the time to try and keep the level extremely high. That’s all I can do really, try and go for the win and keep the pressure on.”