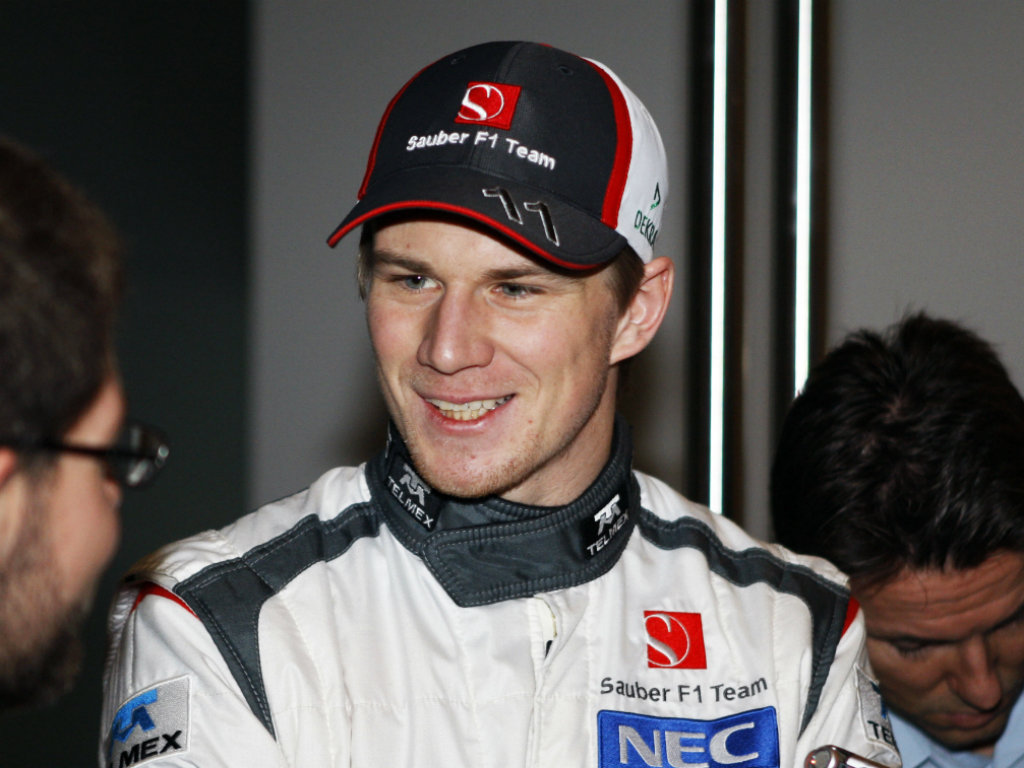 It has been a rollercoaster few years for Nico as he claimed a pole in his rookie season, was axed for 2011, handed a Force India drive in 2012 and now has swapped to Sauber for 2013.

It has been a rollercoaster few years for Nico as he claimed a pole in his rookie season, was axed for 2011, handed a Force India drive in 2012 and now has swapped to Sauber for 2013.

The 2009 GP2 Series Champion, Hulkenberg had long looked set for a berth in Formula One, having won numerous races and Championships in other series.

Like many F1 stars, Hulkenberg’s racing career began in karting, where he claimed both the junior and senior German Karting Championships.

Winning seemed to come naturally to the German, claiming the German Formula BMW in his first full season, before becoming the most successful driver in A1GP history in his debut season.

The 22-year-old followed in the footsteps of Lewis Hamilton by joining the ASM team in the Formula Three Euroseries. It didn’t take long for Hulkenberg to dominate the series, claiming the title in 2008.

Hulkenberg was rewarded for his consistent showings with a test for Williams F1 in December 2007. Having impressed the Williams hierarchy, Hulkenberg was offered the role of Williams test driver, a position he continued to hold in 2009.

It therefore was no surprise when the talented youngster was awarded a race-seat by the Grove-based team, partnering the experienced Rubens Barrichello in 2010.

He finished P14 in his maiden race in Bahrain while in the third race in Malaysia he outqualified Barrichello and started P5 on the grid. Although he slipped back during the race, he still managed to finish P10 to score his first points in F1.

He claimed another P10 finish at Silverstone and it was a sign of things to come as he claimed a career-best sixth place at the Hungarian Grand Prix, a P7 in Italy and P10 in Singapore.

However, his most memorable moment came at the penultimate race of the season in Brazil where he stunned the rest of the grid by claiming his maiden pole position. It was also Williams’ first pole since the 2005 European GP. He eventually finished the race in eighth position to take his points tally for the season to 22.

Despite securing a pole at Interlagos and his P14 in the Drivers’ standings, Hulkenberg was dumped by Williams as the Grove squad brought in Pastor Maldonado.

The ‘Hulk’ though didn’t sulk and he was confirmed as Force India’s test and reserve driver for the 2011 season. The team made sure he didn’t catch a cold on the sidelines and he was handed Friday driving duties in 14 of the 19 races.

With Force India opting to wave goodbye to Adrian Sutil after several years of service, Hulkenberg was confirmed as Paul di Resta’s partner for 2012.

The German proved his worth, scoring points in 11 of the 20 grands prix including a thrilling fight for the victory at the season finale in Brazil. That, though, ended with a drive-through penalty instead as Hulkenberg collected Hamilton as they fought for the lead in the ever-changing conditions.

Hulkenberg was linked to a move to Ferrari as Felipe Massa’s replacement but with the Scuderia opting to retain the Brazilian, the German instead signed with Sauber for 2013. A step closer to Ferrari given their relationship? Only time – and great results – will tell.